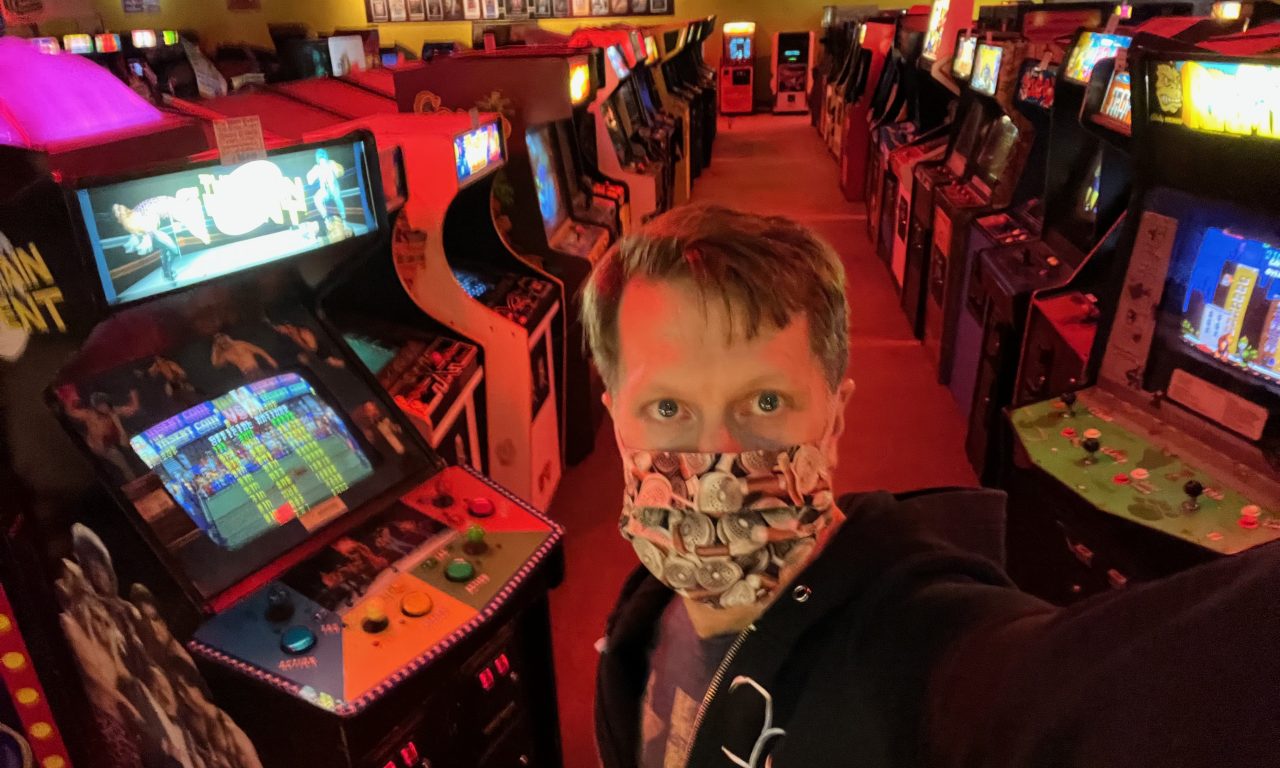 A daily journey through Funspot

A month of daily visits to play every game at Funspot's American Classic Arcade Museum in Laconia, New Hampshire, fulfilled a childhood dream.

My grade school's milk cartons had coupons: buy $5 of tokens at the Funspot arcade in Laconia, New Hampshire, get another $5 free. Laconia happened to be where my family and I were going on vacation that summer, so, emulating my mother, I became a coupon-clipper.

That vacation on Lake Winnipesaukee flew by, and despite my best efforts to play every game at Funspot, we still had leftover coupons — all of which would be expiring soon. I, being ever the thrifty youngster, pled with my mom to make an investment: "Let's use the coupons now, so we'll have all those free tokens when we come back next summer!"

"Oh, Ken!" my pessimistic parent replied. "You don't know what could happen between now and then. Funspot could burn to the ground!"

Despite my mother instilling in me a belief that, at any given moment, everything I hold dear could go up in flames, leaving me to sift through the ashes of my broken dreams — Funspot remains to this day.

Not only does the building still stand, but the late Bob Lawton, who founded Funspot in 1952, had the prescience to retain the same arcade games I grew up playing there in the 1980s. In 2006, years after my family had outgrown spending summer vacations together, I returned to Funspot as an adult and found it largely unchanged from my youth, with those aging machines now part of Funspot's non-profit wing, the American Classic Arcade Museum.

Vowing that it would not be decades again before I returned, I made Funspot into one of my many annual traditions, going there every winter with my friend Andy and every spring with my podcast co-host Sabriel, for years until I began nomading.

Early in my nomading, as I began visiting arcades nationwide, I was inspired by Sabriel, who'd begun logging her arcade high scores. I started my own spreadsheet and prepopulated the list with every classic game at Funspot. Although I'd played most of those games before, I hadn't kept a record of my scores, resulting in most of my spreadsheet being empty. That blank canvas nagged at me — so I set out to rectify it.

I'd devoted the entire spring of 2022 to visiting my family's old vacation destinations, which I kicked off with five weeks in Laconia. My mission: play each of Funspot's classic, functional, single-player games at least once. My goal wasn't to beat my own or anyone else's high scores, but simply to play each game and make note of my accomplishment.

But I was concerned this project would be less a nerdvana and more a joyless experience. Would imposing the structure of a spreadsheet make Funspot less a diversion and more a chore? And without someone with whom to take turns at the joystick or go head-to-head, would a solo expedition be any fun?

As it turned out, lacking a second player was no concern at all. Although I sorely missed having someone to share Rampage and Marble Madness with, I also delighted in playing whatever games I wanted, whenever I wanted, for however long I wanted. I'd been enjoying the freedom and flexibility of traveling solo for years; Funspot was no different.

As for making a project of my gaming, it was Sabriel, my muse, who allayed my fears. She pointed out that, without a goal in mind, regular trips to Funspot might become a pointless waste of time — a diversion from more productive pursuits. But giving myself a plan of attack also imbued me with a sense of purpose and the ambition to see it through.

As I later discovered, there was an added benefit: left to my own devices, I'd likely find myself repeatedly playing TRON, BurgerTime, Arkanoid, and little else. But playing everything meant going outside my usual repertoire, discovering gems I'd never played before (such as Kicker) or forcing myself to revisit games I'd normally avoid (like Chiller).

Visiting Funspot quickly became part of my daily routine: after work and before dinner, I'd make the ten-minute drive to the world's largest video game arcade and play for 20–60 minutes. Sometimes I'd wander the aisles, playing whichever games struck me; other times, I'd choose a theme, such as playing every racing game or every Sega title; eventually, I became even more methodical, seeking out specific games that had eluded me. But always, I allowed myself the luxury of playing games that I'd already filled in on my spreadsheet. I was in no rush to complete my goal; unlike previous trips to Funspot, which were limited to summer vacations, weekend getaways, and day trips, this time I had more than a month to enjoy myself at my own pace. It was a lovely, meandering path that balanced leisure and structure.

Sometimes I shared the arcade with a children's birthday party; other times, I was the only person on the floor. I might be at the arcade when it opened on a Saturday and when it closed on a Sunday, with new games appearing and old games being moved throughout the weekend. A few friends from Massachusetts even made day trips to join me in my endeavor, providing an excuse to try Funspot's indoor mini-golf or take a break for an ice cream buffet at the nearby Kellerhaus. But always, the arcade and its games drew me back, just as it first had four decades earlier.

The price of victory

It took me four full weeks to complete my spreadsheet and fulfill my childhood dream of playing every game at Funspot.

It took 28 consecutive daily visits, but I have now played every functional, single-player, retro game housed at the @Arcade_Museum.

"And when Alexander saw the breadth of his domain, he wept, for there were no more worlds to conquer." ? pic.twitter.com/EPfT4NWP8M

Or so I thought, as the next day, undeterred from my daily visits, I noticed a game I'd overlooked and which wasn't on my spreadsheet: Bandido, a 1979 arcade game by Nintendo. It proved a fitting bookend, as it was on a family vacation to Laconia in 1986, at a Papa Gino's just five miles from Funspot, that I first discovered Nintendo via their arcade version of Super Mario Bros.

Now I'd discovered not only another Nintendo game that was new to me, but so many other games I'd never played before. The cost for all these experience was minimal: $20 breaks down to 80 quarters, but at Funspot, $20 buys 125 tokens, which brings each token's value down to 16¢ — and, with the exception of pinball, every of their games is still just one token. A single $20 bill bought me at least a week of visits to the arcade, and $80 got me more than a month, making for one of the most affordable and diverse experiences I've had as a nomad… and I didn't even need milk carton coupons to make it happen.

What I'll remember most about my spring in Laconia isn't the tactile memory of playing so many different games, but the lesson of making time for self-care. So often after work, I find myself diving into hobbies and side gigs that involve commitments to others: publishing a print magazine, co-hosting a podcast, delivering online workshops. Every project advances a cause, whether it's historical preservation or social justice or my financial situation — each important, but each requiring work.

By contrast, my daily sojourn to Funspot was a commitment to myself, and I relished the cause it advanced, which was arbitrary and selfish. There's no excuse for being selfish in a way that harms or neglects others; yet often we're made to feel guilty even for being the kind of selfish that harms no one yet benefits ourselves. As a result, our own self-care often goes neglected.

But every day this spring, I had an excuse to leave work on time, disconnect from the Internet, and focus on being present at Funspot. My podcasts, my magazines, and my workshops would all still be there when I got home an hour later. In the meantime, I got to explore dozens of virtual worlds, rediscovering a piece of myself in each — one token at a time.