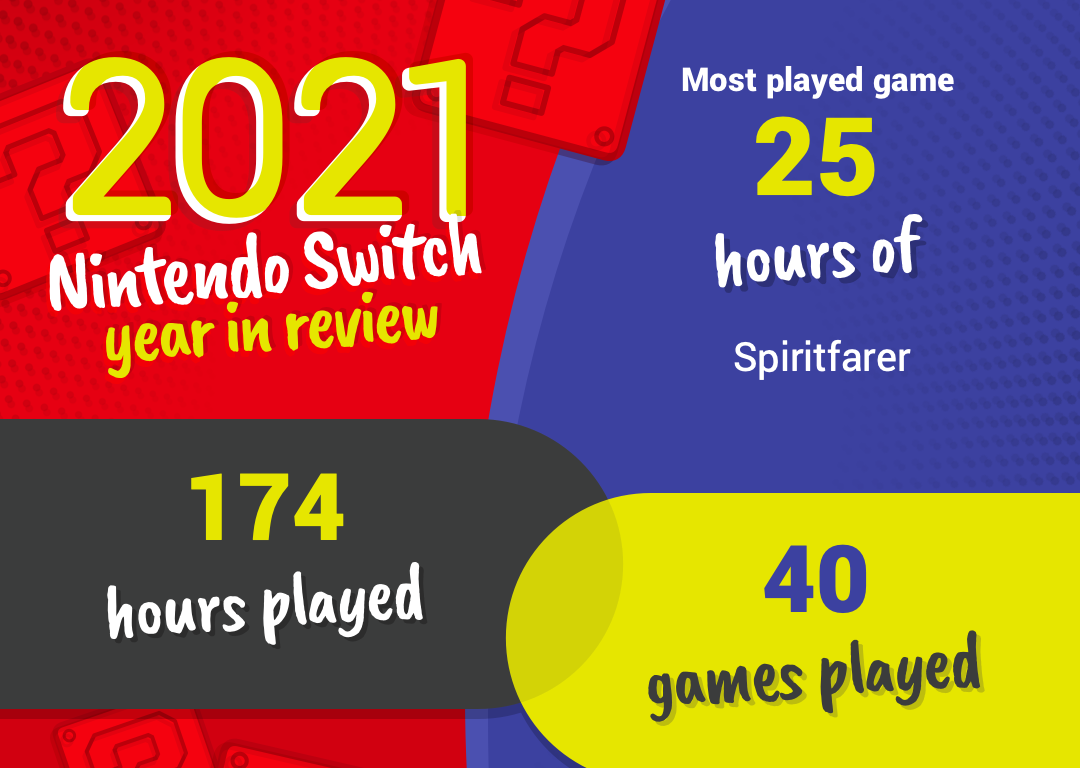 My Nintendo Switch stats for 2021

Nintendo is now offering players their annual Switch stats, offering insights into favorite games, modes of play, and hours invested. Whereas my metrics last year were wholly representative of life in a pandemic, this year, with vaccines and a booster, I was able to spend less of it in isolation, resulting in a dip in gaming hours:

I spent over a hundred fewer hours playing games this year, and even my top-played game saw only about half as much playtime as last year's.

These numbers would be starker still if not for Spiritfarer. I stayed with a friend while they recovered from surgery, and this two-player couch co-op game was the perfect way for us to chill, which explains the spike in gaming time in September. Given that we're 25 hours into a game that's supposed to take a minimum of 24 hours to beat, I suspect we're taking the long road to our destination — especially with this month's release of a final, free content update.

I look forward to seeing how these numbers fit into my year-end round-up of all the games I've bought and how much money I've spent. Will I see a commensurate savings in my gaming expenses? If my backlog is any indication, I doubt it!

Your reward for generating your own Switch report is three sizes of digital wallpaper representing every generation of Nintendo console (excluding handhelds and the Virtual Boy). It's biased in showing every model of Switch, but only one model each of the Nintendo, Super Nintendo, and Wii.