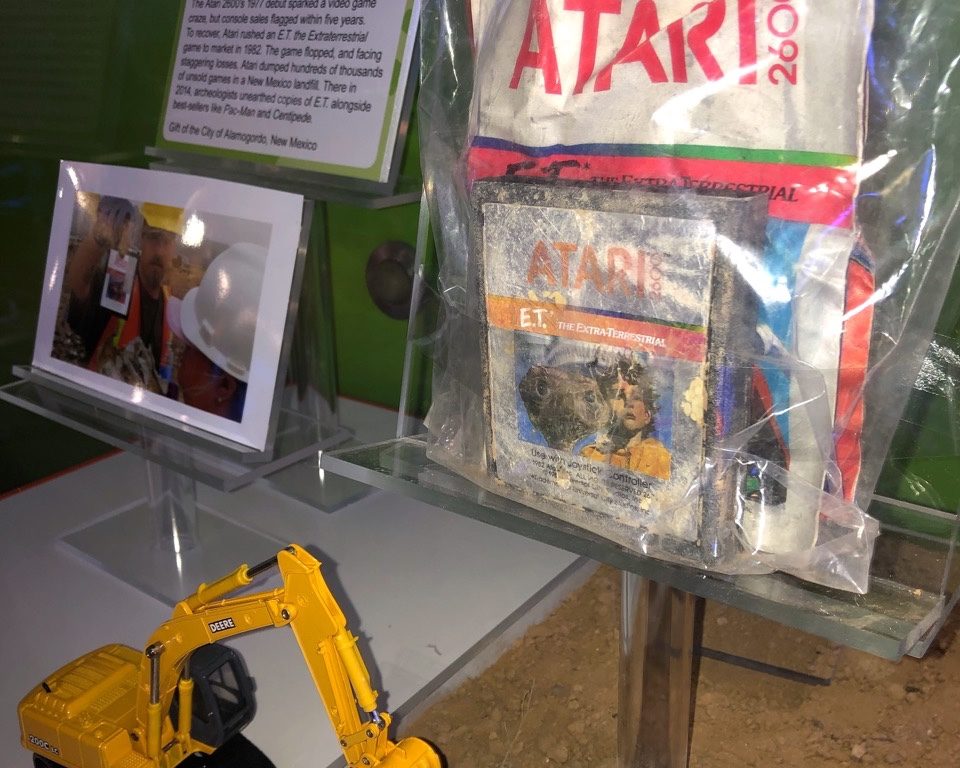 Home of the International Center for the History of Electronic Games

This past weekend, I visited The Strong Museum of Play in Rochester, New York. This archive of entertainment encompasses all manners of play, from board games to video games; toys to superheroes; physical, digital, and imaginary. It was my first visit in eight years, and I was excited to see both some familiar exhibits and many new ones.

Among the new exhibits was Women in Games, which I'd interviewed curator Shannon Symonds about earlier this year on the Polygamer podcast. The exhibit features not only how women (like Lara Croft) are depicted in video games, but also the many women who have contributed to the medium, such as Roberta Williams, Carol Shaw, and Zoë Quinn. Some photos of that exhibit are here, while I've posted others on the Juiced.GS website.

Across the hall from Women in Games was an expansive superhero exhibit. Its historical footnotes about comic books reminded me of my senior thesis, which covered some of the same ground, including the moral panic incited by Dr. Fredric Wertham. In opposition to Wertham's fear-mongering, The Strong extolled the virtues of play, imagination, escape, and empowerment for youth who are still finding their way in a scary world.

On the museum's second floor, I found a working arcade, as well as many older, rarer artifacts behind glass. I recognized many of them from my own childhood: Transformer and G.I. Joe toys, View-Masters and Ralph Baer's Simon. The Strong being home to the International Center for the History of Electronic Games, there were plenty of video games exhibited as well. The original Game Boy and Nintendo Entertainment System were on display, as were cases dedicated to Street Fighter and Mario Kart. A copy of E.T. unearthed from the Alamogordo landfill was also present. My photos of the classic computers found nearby are available on my Apple II Bits blog.

I wish I'd had more time to peruse the many other exhibits. When The Strong completes a planned expansion in 2020, I'll be sure to come back.