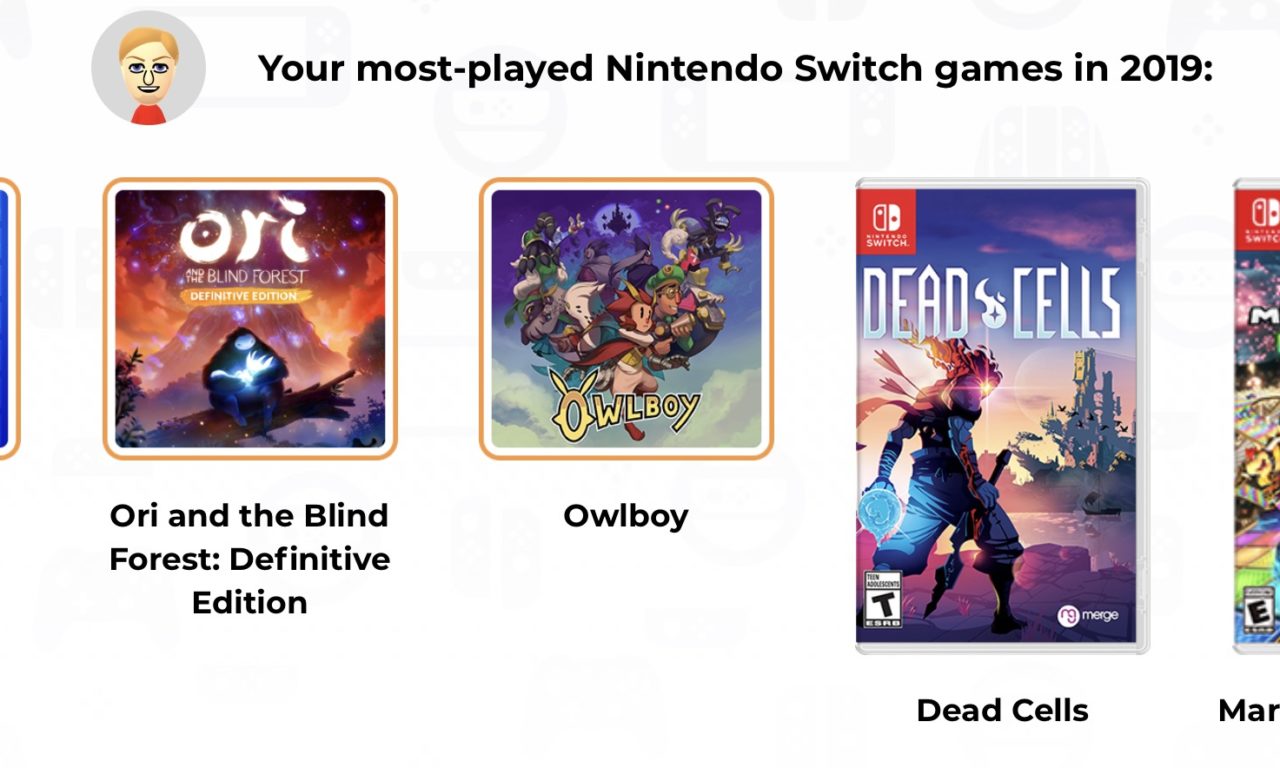 My Nintendo Switch stats for 2019

Wow — I played a lot of Nintendo Switch games in 2019! Here are my statistics, including hours played and points earned, as well as how you can get your stats.

Just like how Sony made available PlayStation 4 stats for 2018, Nintendo is giving its users their own year in review. Here is mine:

116 hours! I know people who invested that much time into just 2–3 games, as I did with Breath of the Wild, whereas, I played 40 different games this year. Does this count demos? I hope so, as otherwise, I played each game for an average of only 2.9 hours!

The bar graph shows how many hours I played per month. Despite February and November being my busiest months, neither contained my busiest days — mostly because I wasn't travelling those months. I don't know what I was doing on July 6 (a Saturday) to account for so many hours, but July 13 is when I flew from Boston to Dallas, and October 29 was a flight from Amsterdam to St. Louis. I generally eschew in-flight Wi-Fi, taking advantage of the opportunity to disconnect and focus on offline media, such as video games — in this case, Mega Man 11 and The Messenger, respectively.

Mega Man 11 and Dead Cells were two games I borrowed from the local library in anticipation of upcoming trips. Did you know libraries lend physical video games, often for free? And that taking advantage of this resource increases the library's circulation numbers, justifying and potentially expanding their budget? It's your civic duty to play video games for free!

In the meantime, enjoy these stats (and share yours!) while I compile my annual, platform-agnostic summary.