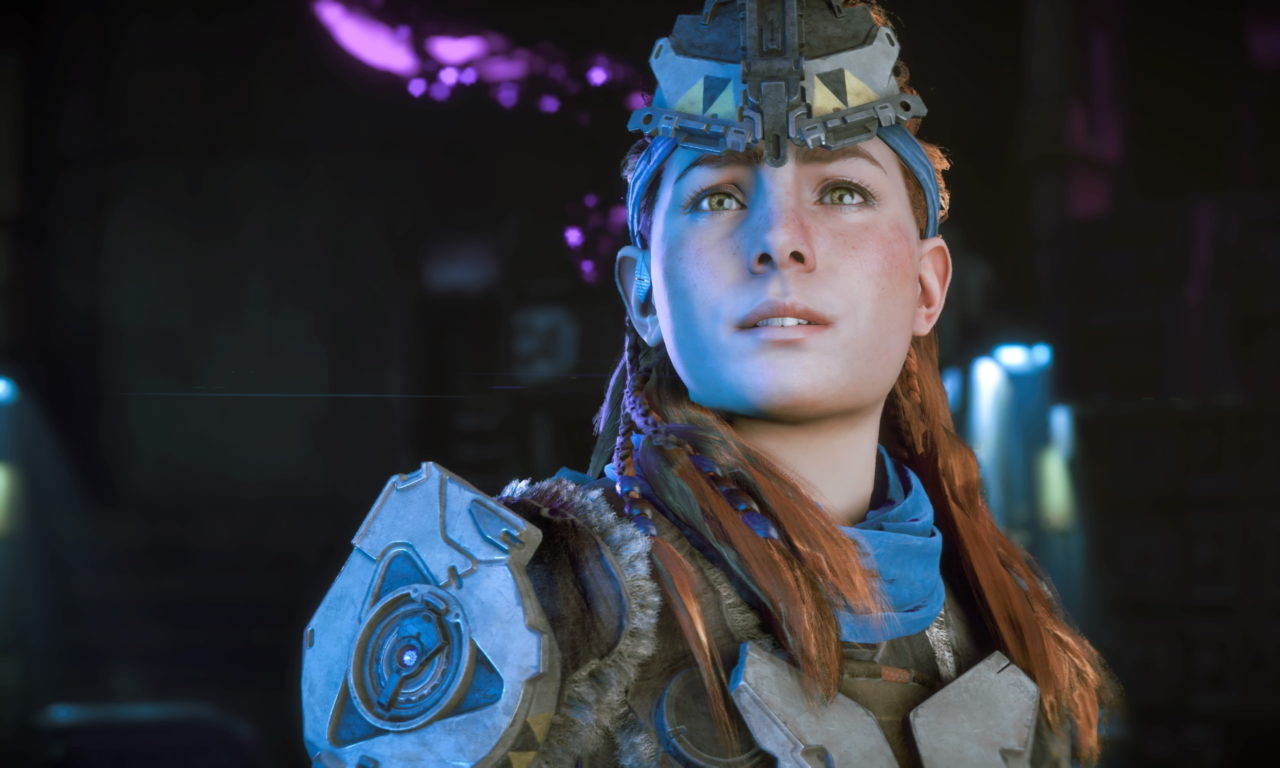 The games I bought, played, finished, and will best remember.

It's been a year of great games, and more than a year since I updated this blog. Inspired by a colleague, I'm taking this opportunity to reflect on all the games I bought and/or played this year, in chronological order within four categories.

What Remains of Edith Finch (PS4)
This narrative-driven "walking simulator" came highly recommended by Susan Arendt. I bought the physical edition from iam8bit but ended up playing the digital edition. The first two chapters were odd and didn't pull me in, but the remaining vignettes were quite powerful. After finishing the game, I went back to get all the trophies. Elsewhere, I blogged about the hidden Apple II.
Super Mario Odyssey (Switch)
I received this game for Christmas 2017 and eagerly made my way through its levels. New Super Mario Bros. U and Super Mario 3D World were both fun, but this game was the first in a long time to bring the Mario series back to the Super Mario 64 style of exploration and discovery. With such a plethora of moons to find, though, I could never hope to find them all, so I stopped playing pretty soon after defeating Bowser.
The Room: Old Sins (iOS)
I haven't played other games in The Room series (which also come recommended by Susan), but I enjoyed this one. None of the puzzles were extremely difficult, and as long as you remembered unfinished puzzles seen in previous rooms, you usually had a good sense for where to go and what to try next. I hadn't played many Lovecraftian games since Eternal Darkness; The Room was a good reminder of how entertainingly disturbing that mood can be.
A Way Out (PS4)
I first introduced A Way Out, a co-op-only game, to two friends, but they found the opening sequences too violent and dependent on quick-time events (QTEs). I then tried it myself and found those issues disappeared after the first half-hour. The rest of A Way Out was a rollercoaster ride with an interesting plot, great voice acting, and hilarious mini-games, though the potential of the two-player mode was most evident in only one scene (one long, continuous take in the hospital). I played this game with the same person with whom I played Brothers: A Tale of Two Sons, a game from the same developer.
Mario + Rabbids: Kingdom Battle (Switch)
The tactical RPG Vandal Hearts was the killer app that sold me on the original PlayStation, but I hadn't played anything in that genre since Vandal Hearts II in 1999. I never expected a gun-toting Mario to get me back into it! Critics say this game was heavily influenced by XCOM, but having never tried that series (or any Rabbids games), I was able to enjoy Mario + Rabbids on its own merits.
Gorogoa (Switch)
I'd had my eye out for this lush puzzler for some time and was quick to buy it once it came out. I thought it would work best with a touch interface, but the details are so minute that it really benefited from playing it on the Switch in docked mode.
RiME (PS4)
I waited for this game to be released on the Switch, but when the port got poor reviews, I finally settled in to play the PS4 original. Omigosh — what a beautiful, haunting, esoteric game. An abstract story, gorgeous world, and fine platforming made for a memorable, melancholy experience.
Horizon Zero Dawn (PS4)
By far, this is the game that defined my 2018. I received it for Christmas 2017, began playing it in May, and it down for two months. It's not that I wasn't engaged, but after spending nearly 200 hours last year playing Breath of the Wild, I was hesitant to get that absorbed by another game. When I finally got back into HZD, I was hooked. Its plot is like nothing else I've seen before, with every answer raising even more questions. And its voice acting — especially Ashly Burch, who brought to life not only this game's Aloy but also Chloe Price from Life Is Strange — brought the characters to life. I wanted to keep going and was sad to finally say goodbye to Aloy after finishing the DLC.
The Warlock of Firetop Mountain (Switch)
I'd played this game upon its 2016 Steam release when I interviewed its developers for the IndieSider podcast. One thing I learned about myself during the production of that show is that I'm not enthusiastic about playing games on a 15" laptop with a keyboard and trackpad. When this game, a choose-your-own-adventure narrative with tactical combat, re-released on Switch, I plowed through it to the end, finally defeating the Warlock of Firetop Mountain.
Runner3 (Switch)
The BIT.TRIP series was one of the early games to popularize a retro aesthetic, and Runner2 was an early hit on the Wii U. I grabbed Runner3 on a Black Friday sale and enjoyed the high replay value but was surprised by how otherwise short it was. I bought the soundtrack, too, but it doesn't live up to the high bar set by Runner2.
Bloodstained: Curse of the Moon (Switch)
I backed the Kickstarter for Bloodstained: Ritual of the Night, not realizing that an 8-bit spinoff was one of the stretch goals. Since I'd previously played Castlevania III and Super Castlevania IV on my YouTube channel, it was natural that I'd play Bloodstained as well. Despite all three being from the same developer, I was impressed how similar Bloodstained was to Castlevania III. But it had enough innovations, such as branching paths, to make it its own adventure.

Thumper (Switch)
A rhythm game I first saw at IndieCade East 2016 and which I suspect works better in VR.
The Witness (PS4)
I started recording a Let's Play of Jonathan Blow's latest game, but watching me stare at puzzles until I figure them out didn't prove very gripping.
A Night in the Woods (Switch)
I finally played this game after backing its Kickstarter five years ago. It's far more linear and less interactive than I expected, making for slow-going.
The Awesome Adventures of Captain Spirit (PS4)
This short, free predecessor to Life Is Strange 2 is something I started recording a Let's Play of but haven't finished. I'm not sure if I want to, or if I should delete the recording and just finish it on my own.
Blaster Master Zero (Switch)
When Nintendo Power asked subscribers to vote for their favorite game of 1988, I voted for Blaster Master in every category. It was an exceedingly hard game and one I never finished. I bought Blaster Master: Overdrive for WiiWare but, inexplicably, my enthusiasm for the original didn't translate. I'm enjoying the Switch remake of the original, though, even if I do find it much easier — my progress continues largely unabated.

Not to be finished, but still occasionally played (9)

TrapAdventure2 (iOS)
An impossibly unfair platform game that I laughed way too hard at.
Tiles (PS4)
A simple puzzle game that I enjoyed for a few minutes.
King Oddball (PS4)
An Angry Birds-type projectile game that I got free with PS+.
My Child Lebensborn (iOS)
Another Kickstarter I backed, My Child Lebensborn's gameplay is that of a virtual pet that you have limited resources to expend on: shall I use my limited time to take my son on a hike, mend his clothes, or read him a bedtime story? And should I tell him to fight the bullies at school, or tell the teacher? While that part of the game didn't grab me, the story revealed a part of history I was unaware of. The game succeeded at promoting awareness of a part of the post-World War II population who suffered discrimination through no fault of their own.
Inversus (Switch)
A fun 2D multiplayer game that I bought primarily for its online component. I've played a few rounds.
Overcooked! 2 (Switch)
Another game I bought primarily to play online with friends, except I was surprised how much I dislike this game. It's menial and the graphics are too small to make meaningful distinctions, which are important when time is of the essence. I nonetheless entered an Overcooked! 2 competition while visiting Montréal this summer, where I was partnered with a random Canadian. Despite our capable cooking, we were soundly defeated in the first round
Worms W.M.D. (Switch)
I loved Worms 2: Armageddon on the Xbox 360 and bought its Switch sequel to play with my longtime Worms adversary. I haven't tried the one-player mode yet.
Joggernauts (Switch)
I played an early beta of Joggernauts at IndieCade East 2016 and then on my Mac that Thanksgiving. The final product is aggravatingly fun for two players; I haven't tried it with more than that.
Prince of Persia Escape (iOS)
I'm not much for runners, but I briefly tried this game because of its Apple II roots, resulting in this Let's Play.

Bought but haven't played yet (12)

Thimbleweed Park (Switch)
I backed the Kickstarter, bought the digital version, then also bought the physical cart from Limited Run Games. I've unboxed it but still haven't played it — but judging from how much I enjoyed Ron Gilbert's Maniac Mansion, I have high expectations!
Bastion (PS4)
I played the Xbox 360 for about a half-hour in 2011 and really dug it! Rebuying it on the PS4 was an act of optimism that I'll some day get back into it.
Owlboy (Switch)
The soundtrack is stunning, and it was an honor to interview its composer for IndieSider. But I still need to play the actual game!
Castlevania Rondo of Blood (Wii U)
I bought this game the day the Wii Virtual Console shut down. At the time, the Wii was one of the few consoles to ever have a North American release of the game. It's since been included in the PS4 compilation Castlevania Requiem.
Undertale (Switch)
A classic RPG that came up in Polygamer #51.
Organ Trail (PS4)
The iOS version is ridiculously fun, and its developers were early guests on IndieSider. I bought the PS4 version mostly as a collectible.
The Flame in the Flood (Switch)
Another game that's been featured on IndieSider and which I bought mainly as a collectible (and to play on something other than Steam).
The Messenger (Switch)
This cross between Metroidvania and Ninja Gaiden was one of my favorite games from PAX East 2018.
Life Is Strange 2 (PS4)
The original Life Is Strange is one of my favorite series of all time.
Firewatch (Switch)
The PS4 original was one of the best games of 2016. My trip to the Grand Canyon this year left me wanting to revisit this classic.
Spider-Man (PS4)
Just got it last week for Christmas! And timely, too, as Spider-Man: Into the Spider-Verse was a fantastic film.
Shadow of the Colossus (PS4)
I never got my hands on the PS2 original. Thank goodness for remasters!

That's it: 11 games finished; 5 games I want to finish; 9 games played and then abandoned; and 12 games still to play. I think on the whole I'm not  operating at a deficit, which is unexpected — I always assumed my backlog was the result of buying more games than I actually play. But 2018 was a better year for gaming than I realized, which this blog post helped me realize.

I look forward to catching up on more games in 2019, playing the new games still to come, and reflecting back a year from now!