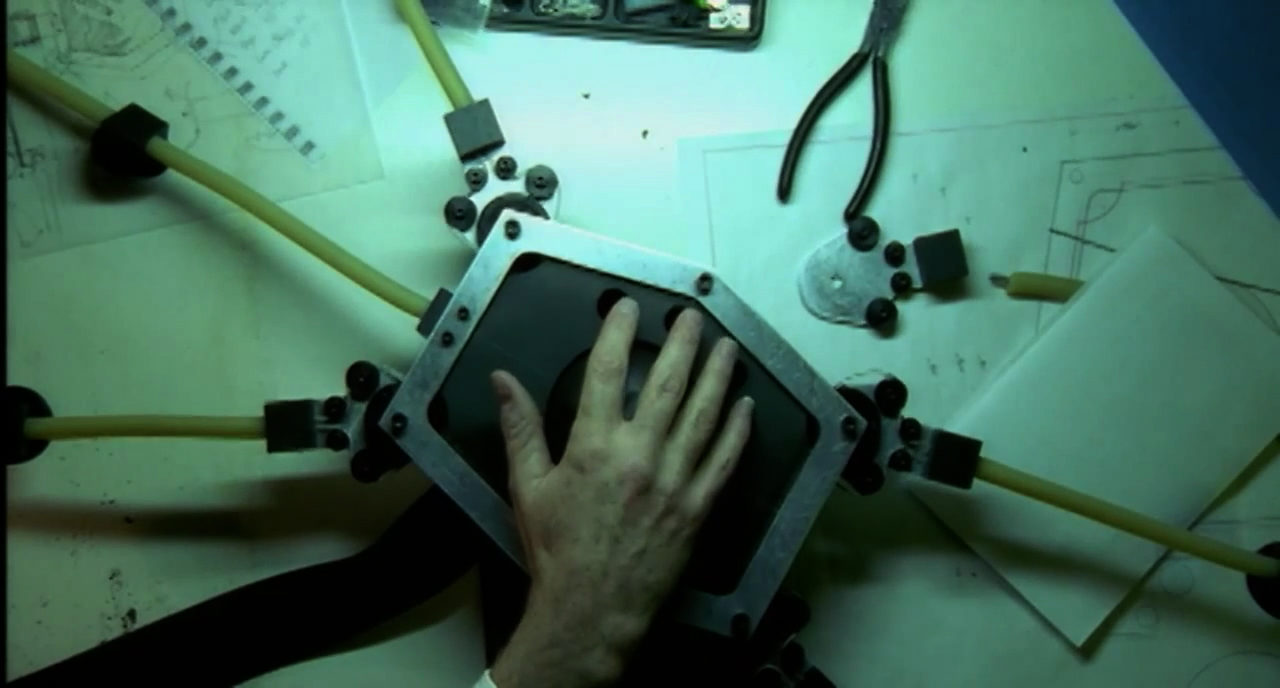 A glimpse into the abyss

One of my favorite games of all time is Eternal Darkness for the Nintendo GameCube. This survival-horror game featured a Lovecraftian setting and psychological scares not typically seen from American developers. (Compare the debut titles of Resident Evil, which had dogs jumping through windows, to Silent Hill, which featured corruption and perversion of everything you hold dear.) The storyline featured over a dozen playable characters, four geographical settings, and a narrative that spanned millennia.

Unfortunately, Eternal Darkness lived and died on the GameCube: despite some aborted crowdfunding attempts, we've never seen a sequel, in spirit or name. There is no expanded universe of movies, novels, or comic books; everything we know about the Eternal Darkness universe exists in that one disc.

But there is one possible exception. In 2002, Nintendo hosted an Eternal Darkness short film contest. We may never see all the entries, but the winning film has escaped into the wild. "Unloved" by Patrick Daughters doesn't feature the setting of Eternal Darkness, but it nonetheless evokes the game's mood and atmosphere.

This film subtly prepares us for something, even if we don't know what, as we are disturbed by what we don't see before we are by what we see. It's exactly what I found most engaging in the game it is inspired by, Eternal Darkness. None of the characters or situations in "Unloved" are lifted from that material, but both media feature similar themes of rational people driven to insanity, and yet whose actions remain perfectly justifiable within their own broken minds.

If only we more such glimpses into the abyss.