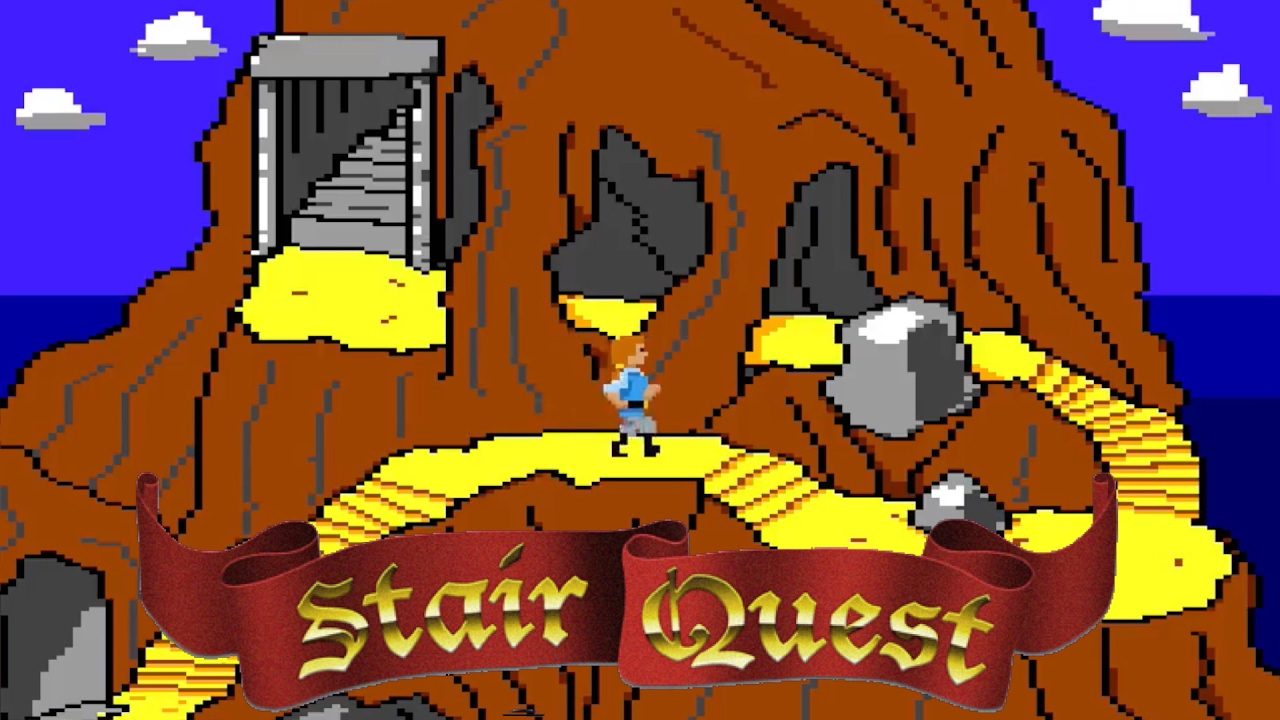 When searching for a guest for Polygamer #57, I was introduced to several attendees of the AdventureX conference. One such person was Troels Pleimert, a prolific gaming historian, podcaster, and game developer. Although Troels did not ultimately appear on Polygamer, he did lead me to something else entirely: Stair Quest, a free download for Windows, Mac, and Linux.

"Stair Quest is a retro adventure game that pays homage to the most enchanting, pulse-pounding moments from the early King's Quest games," the game's website proudly states. It was designed in Adventure Game Studio, much like Kathy Rain, the subject of IndieSider #43. However, Stair Quest's ambition is very different from either its Apple II forebears or its contemporaries: it wants to challenge and frustrate gamers with terrible controls and impossible level design.

Specifically, players must navigate a series of narrow paths with pixel precision, lest they plummet to their deaths and begin again. Although the stairways wend every which direction, the protagonist can move in the cardinal directions only, requiring very minute maneuvering to traverse curving, angled pathways. I kept my cool throughout many deaths, but even then, I managed to finish only five of the game's levels. I don't know how much further there was to go, except that Troels confirmed for me that there are fewer than the 500 levels I suspected.

The game was developed by No More For Today Productions, and Troels' contribution was the text parser, through which the player can engage in some hilarious interactions with the environment. Unfortunately, many of these exchanges will go unnoticed, as the game can be played and completed without using the parser at all.

My hat's off to this gang of troublemakers for this engaging and clever diversion!