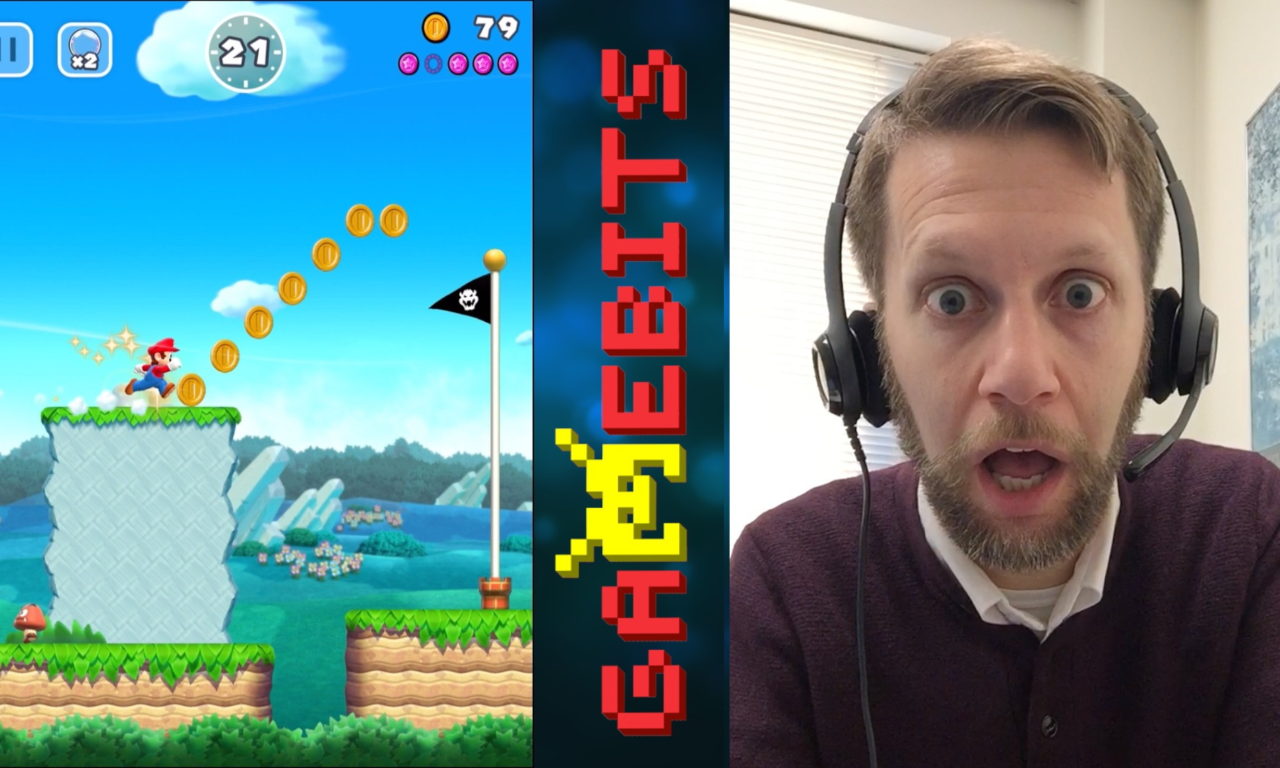 Super Mario Run debuted today, four months after Nintendo announced their first iOS game. Not since the Philips CD-i in 1994 has Nintendo allowed its trademark characters to appear on competing platforms. But, while it's a milestone to see the mustachioed plumber finally arrive on a third-party system — and a mobile one at that! — the gameplay is nowhere near as groundbreaking.

Modeled after the New Super Mario Bros. graphics engine, Super Mario Run sends its titular hero unceasingly to the right, with the player controlling only when Mario jumps. Small obstacles and enemies are automatically surmounted, so jumping is performed only to leap large gaps, grab coins, or choose between branching paths, especially via wall jumps. Making it to the end of the level isn't difficult, so the challenge comes from finding and collecting all five purple coins hidden throughout each level. Since Mario can't backtrack (except by tapping on the limited-use bubble icon, which also doubles as an extra life), you'll likely see coins you missed and will commit them to memory for your next trial.

The game contains multiple worlds, but only most of the first world is available for free. The first three areas can be played indefinitely, with the last area (the castle level of 1-4) ending after 20 seconds before the game asks you to unlock everything for $9.99. It's a steep price for either a mobile game or a running game — the Go! Go! CommanderVideo game (of BIT.TRIP fame) is free.

Pokémon GO showed how to effectively and innovatively pair classic franchises with new technology to create a unique and compelling experience. Super Mario Run, by comparison, feels like a quick cash grab that depends more on the brand than the gameplay.