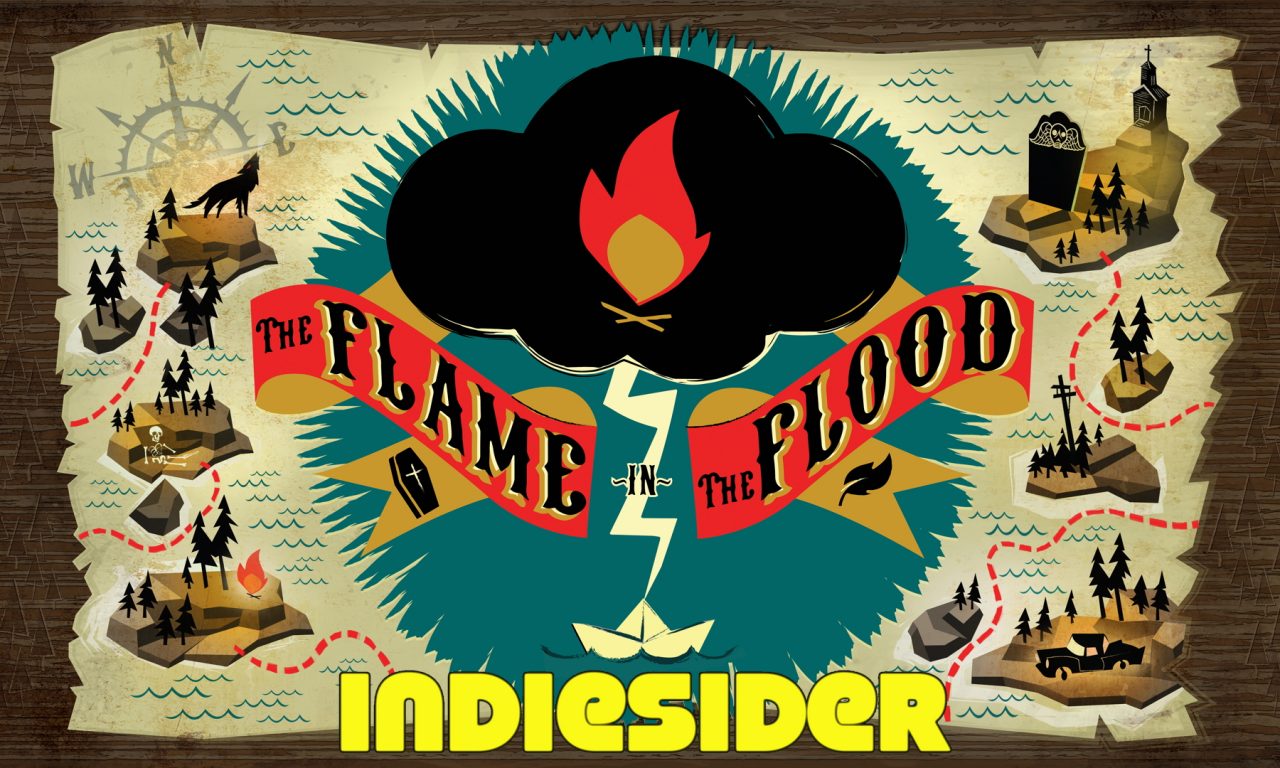 IndieSider #40: The Flame in the Flood by The Molasses Flood

The Flame in the Flood is the debut game from The Molasses Flood, an indie studio composed of six alumni of Irrational Games. This procedurally generated survival game sends a young woman and her dog down a river, scrounging for resources they can craft into tools and supplies they need to stay alive. Death can come from drowning, snakebites, exhaustion, being mauled by a bear, starvation, and more. If Scout and Aesop can guide their raft through the rapids and find the right ports to dock at, they may just survive another night.

The Molasses Flood animator and biz dev Gwen Frey joins the IndieSider podcast this week to talk about the classic computer and Atari games of the 1980s that inspired the gameplay, and the films and experiences that informed the setting; the challenge of running a Kickstarter that raised more than a quarter-million dollars; how Gwen animated quadrupeds that she may never have seen in real life, such as boars and wolves; how the art inspires players to remain hopeful in a post-societal world; and the resources she wish she could've brought with her from Irrational.

Full disclosure: I backed The Flame in the Flood on Kickstarter.