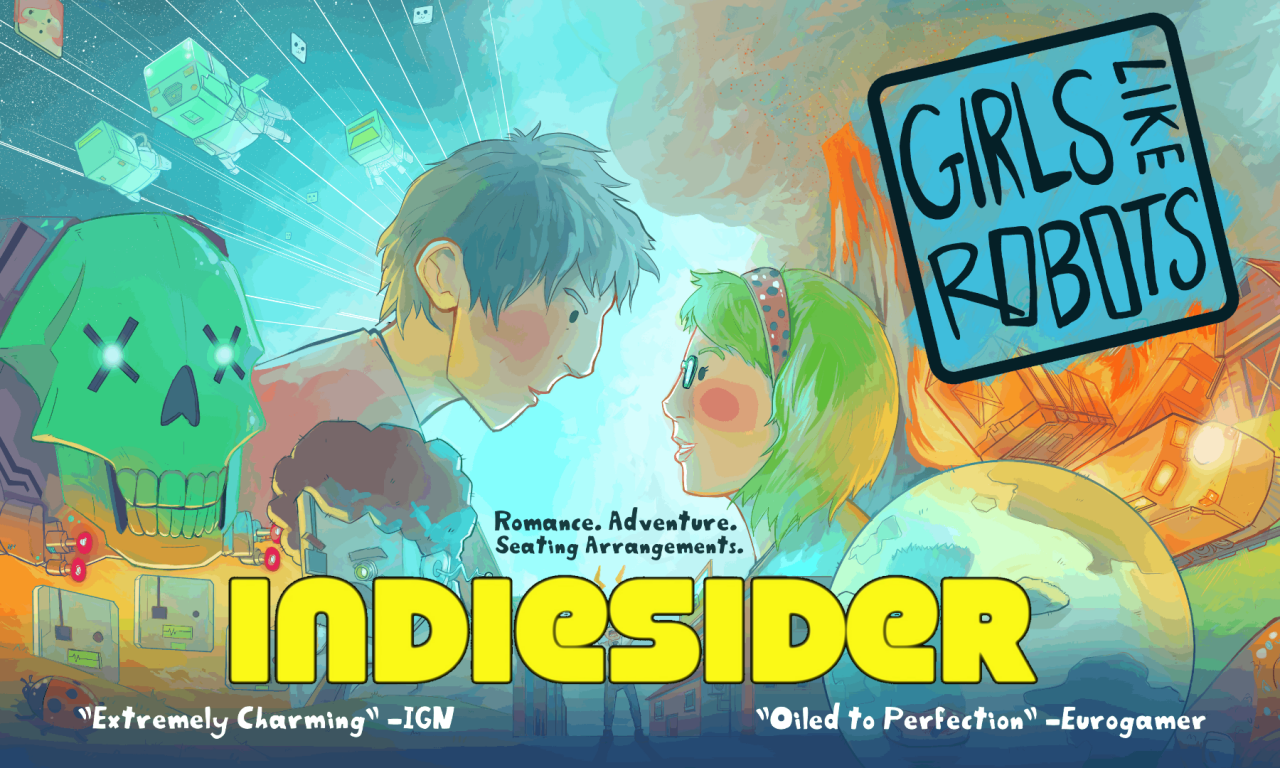 One of Steam Greenlight's first games makes it Wii U debut.

Girls Like Robots was one of Popcannibal's first games when it was released in 2012. Metacritic ranked it the 13th best iOS game of that year, ensuring the game's long life. Now it sees its first console release with a Wii U version, giving a new audience of gamers the opportunity to participate in this seating arrangement simulator. Place girls next to robots on the playing grid, but don't put them too near the nerds — even if it makes the nerds happy! The quirky sense of humor and unusual yet fitting folk music soundtrack make for an engaging game.

In this interview, developer Ziba Scott discusses revisiting a game three years after its original release; the trials of being one of the first games to pass through Steam Greenlight; the decision to collaborate with an outside publisher for the Wii U edition; and the family connections that led to the game's soundtrack.