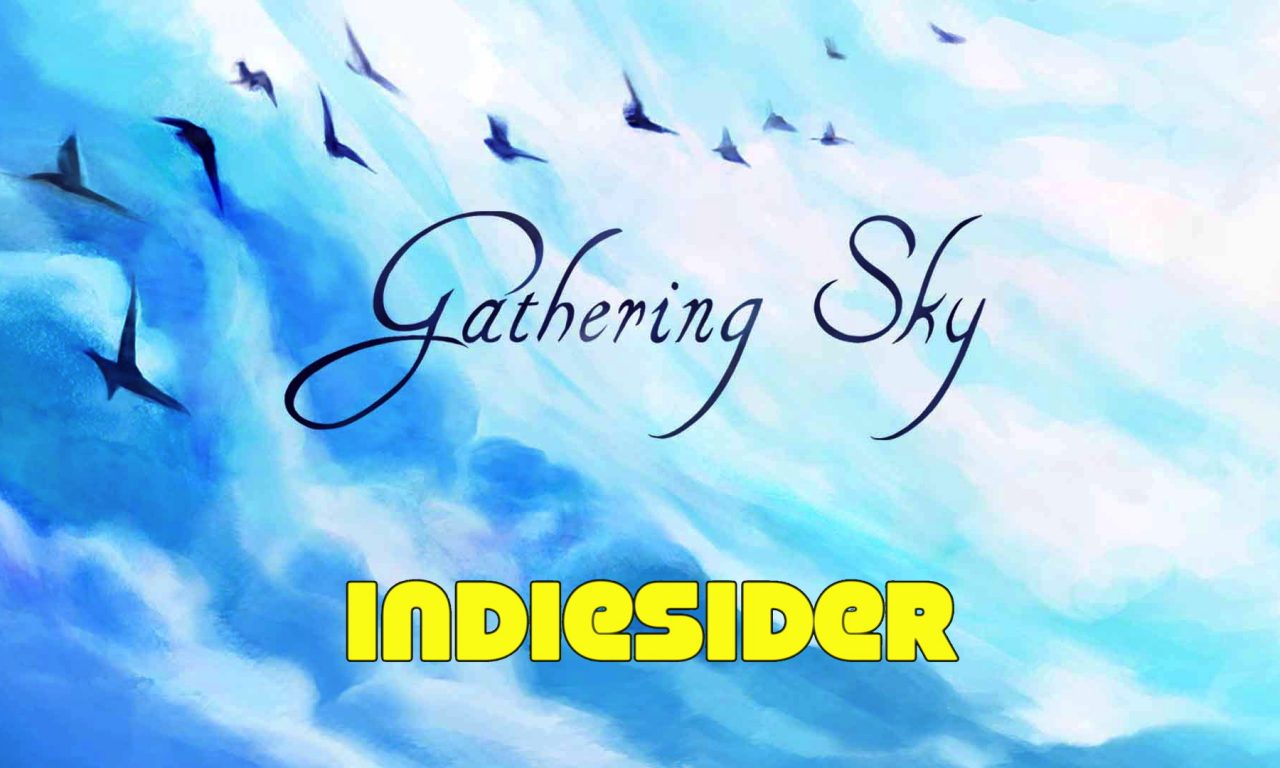 In Gathering Sky, players guide a flock of birds through the air. Hawks and storms abound, but the game is primarily one of tranquility — there are no scores, objectives, or deaths. The terrain above and below changes across the five levels in synchronicity with a string orchestral soundtrack by Dren McDonald and the San Francisco Conservatory of Music, complementing the peaceful experience.

I spoke with John Austin and Matt Blair, developers at A Stranger Gravity, about why they made such a nonviolent game as their debut title; how they modeled the birds in the game; how the collaboration with McDonald arose, and the role that music plays in the game; what the "right" way to play is; and their choice to release simultaneously on PC, Mac, Linux, Android, and iOS.

Full disclosure: the developers provided me with a Steam code for this game; they were in the audience of my PAX East 2014 panel on sexism; and I backed Dren McDonald's Kickstarter.