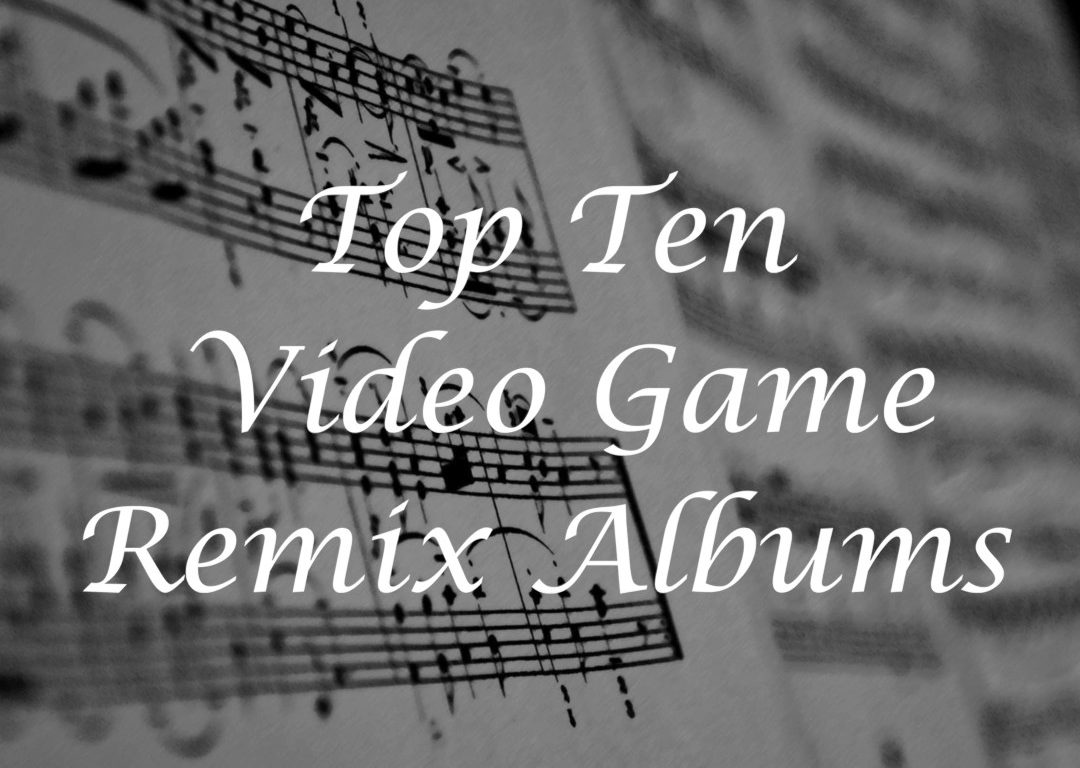 I love video game music. Decades ago, the term was used derisively to refer to something low-fi and low-tech. Today, the majestic arrangements of sweeping epics such as The Legend of Zelda, Dragon Quest, and Final Fantasy are respected by symphonic orchestras worldwide.

Many game soundtracks stand on their own while inviting fans and musicians to offer their own renditions. In celebration of that remix culture, I offer my top ten video game rearranged/remixed soundtrack albums.

For the purpose of this exercise, I excluded any album that is a compilation of many games, such as OCRemix's Heroes & Villains or Videri's Portals, choosing instead to focus on albums dedicated to a single game or franchise. I also limited myself to albums that were already in my collection — several dozen over the past 15 years, though likely just a fraction of what's available. I then rated every individual track on each album in iTunes and took the average score to determine the top ten. I was nonetheless surprised to find such landmark titles as Chrono Trigger omitted; it seems, although there are some magnificent single remixes out there, entire albums of Chrono Trigger music on average fall flat.

The above video gives one-minute samples of each of the top ten albums, with with complete track listings. All songs are copyright by the original artists, and the excerpt from Taylor Davis's album is used with permission. Three albums are free downloads, and three others can be bought online and downloaded; the other four are available in physical edition only.