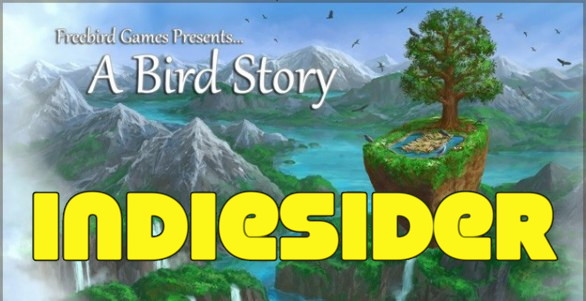 If you liked To the Moon, A Bird Story comes next.

A Bird Story is a one-hour interactive narrative from Freebird Games, available from Steam for PC, Mac, and Linux. With no spoken dialogue, no written text, and little gameplay, A Bird Story instead focuses on storytelling and soundtrack, bridging the gap between To the Moon and its sequel. In this interview, Kan Gao of Freebird Games discusses how he tells a story without words, why he chose this medium for his tale, and the themes and experiences he hopes to convey.

One thought on “IndieSider #12: A Bird Story by Freebird Games”

Ken Gagne
Posted On Nov 19, 2014 in IndieSider with One Comment.