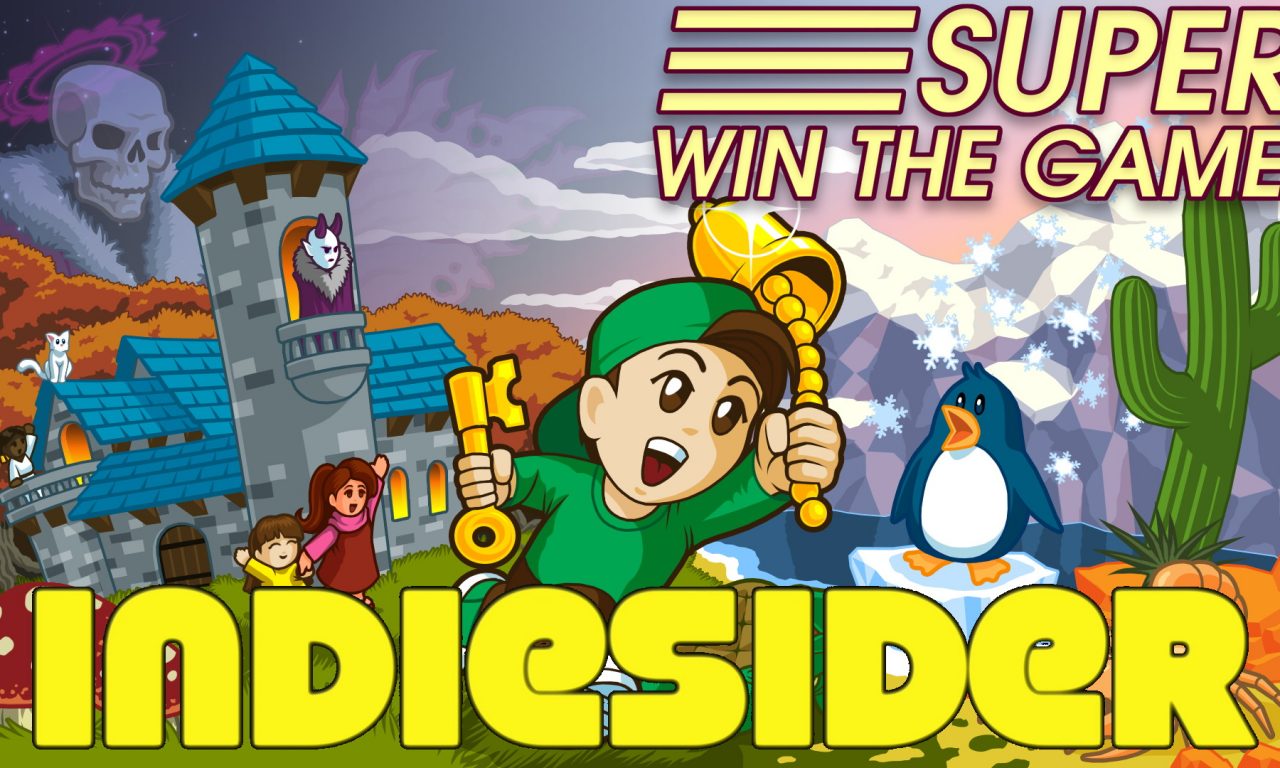 Remember Clash at Demonhead? It's like that. Only better.

Super Win the Game is the commercial sequel to the 2012 freeware game You Have to Win the Game. Featuring gameplay and aesthetic homages to Zelda II, Startropics, Metroid, and more, the game features platforming exploration without combat — no head-stomping, no fireballs, no weapons, but plenty of other power-ups, like snorkels and double-jump boots. An optional CRT emulation mode will curve your screen and add scanlines!

In this episode of IndieSider, I interview Minor Key Games co-founder J. Kyle Pittman about the decision to make a commercial sequel to a freeware game, which classic titles he borrowed from, why he doesn't use the term "Metroidvania" or developer tools like Steam Early Access and Kickstarter, and what the younger generation of gamers think of CRT mode.