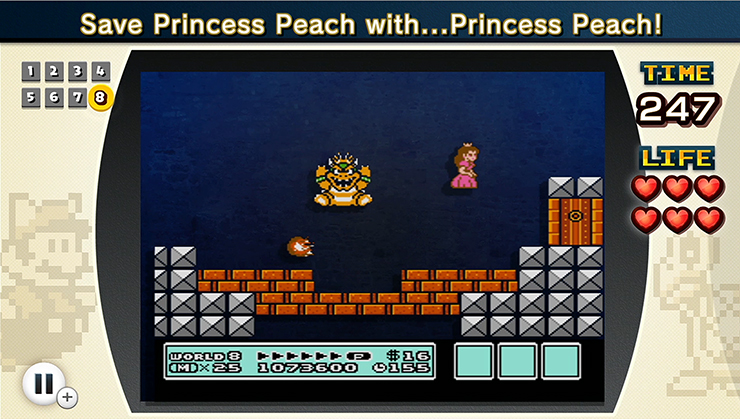 NES Remix & NES Remix 2 for the Wii U feature mashups of classic Nintendo games. My Let's Play videos show how to earn three stars on every level.

NES Remix arrived without fanfare in the Wii U's eShop on December 18, 2013, with a sequel quickly arriving on April 25. Each compilation features more than a dozen first-party 8-bit Nintendo games, sliced up into smaller challenges that last anywhere from two seconds to two minutes. Finish these excerpts from the original games, and you're treated to remixes that add new gameplay mechanics or which cross characters from one game with the engine of another. Play Donkey Kong as Link from The Legend of Zelda, or traipse around the Mushroom Kingdom as Metroid's Samus Aran! The mashups aren't quite as extensive as Super Mario Bros. Crossover and is more likely designed as a sales pitch for the individual games, all of which are for sale in the eShop. But for $15, each NES Remix collection provide about six hours of great gameplay and nostalgia.

Could Super NES Remix or Game Boy Remix be on the horizon?