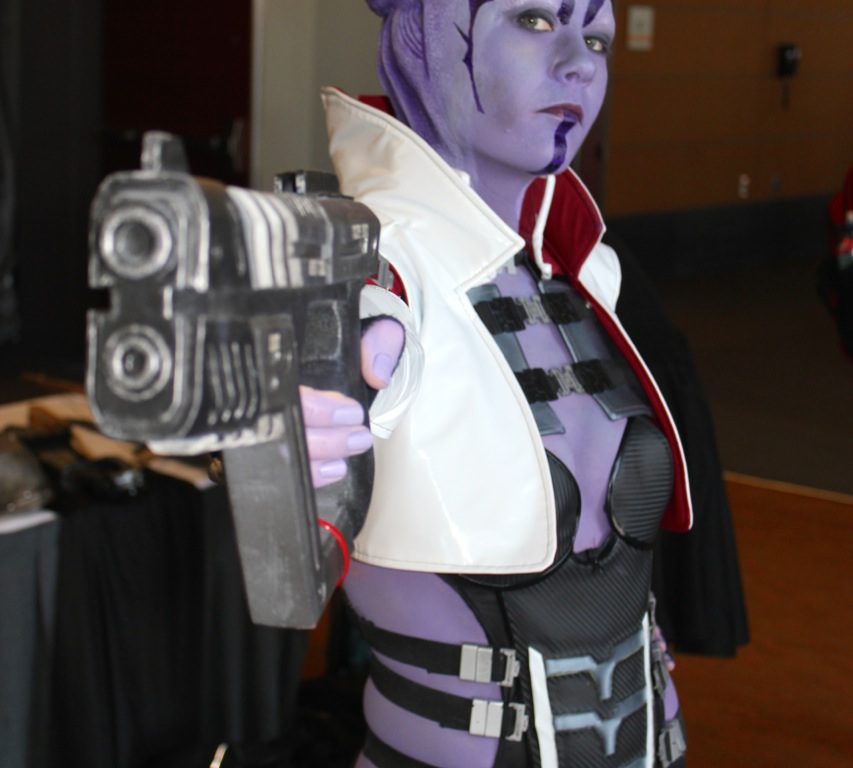 The 4th annual Penny Arcade Expo, or PAX East, was held in 2014 in Boston. Here are photos and pictures from the video game convention, including cosplayers.

It's the first day after PAX East 2014, and I'm still in recovery mode. Joining 80,000 gamers in a celebration of games, cosplay, tournaments, panels, exhibits, and contests across cutting-edge and retro desktops, tablets, consoles, handhelds, and coin-ops is more fun than anyone has a right to enjoy.

As always, I spent less time playing games than I did listening to people talk about them, enjoying several of the panels on the schedule. Despite the Boston Convention & Exhibition Center's size, panels still filled to capacity, requiring queuing in line anywhere from 15 minutes to two hours in advance. My own panel on feminism in gaming had an amazing turnout; more on that in a later blog post.

Whether you were conferencing or competing, cosplayers exhibited their amazing costumes throughout the weekend. Lucca Ashtear from Chrono Trigger won the S2 Games cosplay contest promoting their Strife MOBA. Meanwhile, BioWare had their own Mass Effect cosplay catwalk, at which Emma Bell as Aria T'Loak the Asari absolutely blew me away with an outfit that took five hours to put on. Other awesome cosplay spotted on the show floor included Fix-It Felix Jr. and Wreck-It Ralph; TMNT's April O'Neil; King Hippo from Mike Tyson's Punch Out; Mega Man; Earthworm Jim; Street Fighter's Cammy; Kid Icarus; GLaDOS; Zelda's Twilight Princess, Midna; and Ruby from Rooster Teeth's RWBY.

Here are some photos capturing the weekend. If you missed PAX East, you can look forward to PAX Prime in Seattle, Aug 30–Sep 2; PAX Australia in Melbourne, Oct 31–Nov 2; or — new this year — PAX South in San Antonio, Jan 23–25.