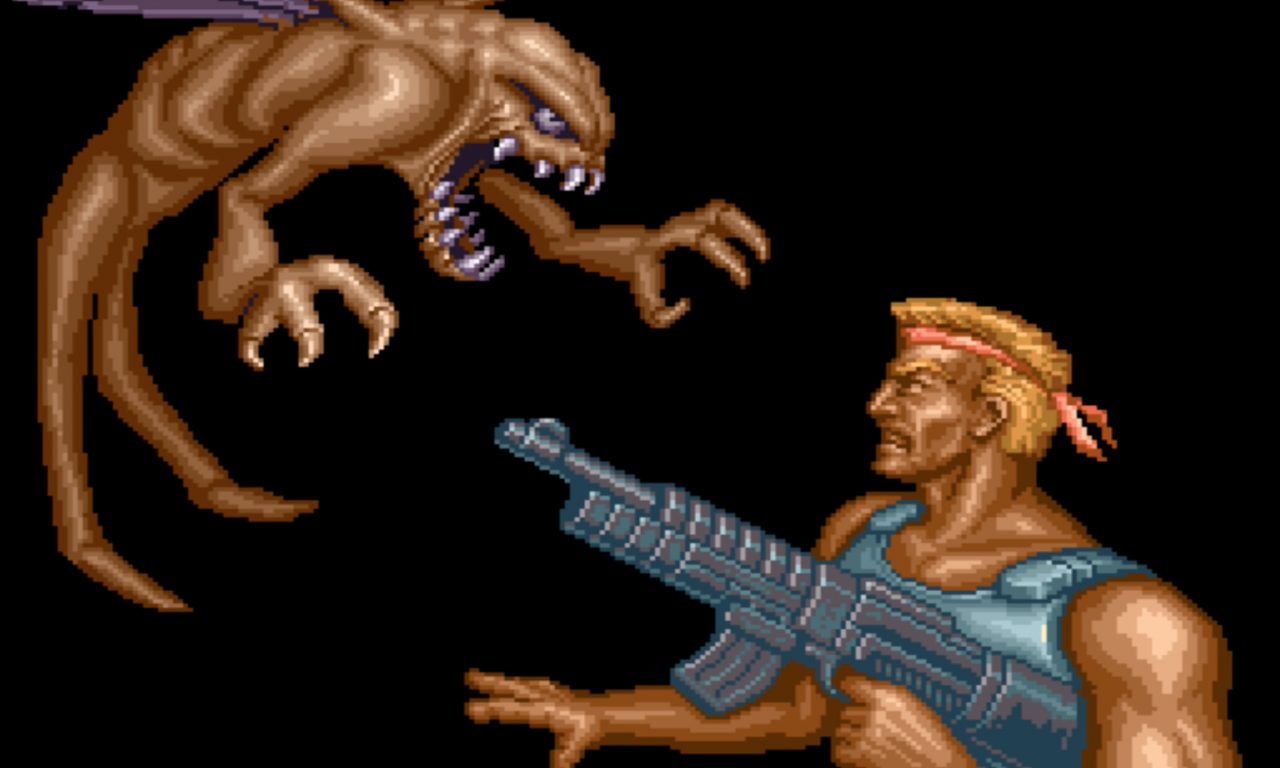 Contra III: The Alien Wars, originally released by Konami for the Super NES in 1992, is now available on the Wii U Virtual Console. Let's play!

Contra III: The Alien Wars, originally released by Konami for the Super Nintendo in 1992, came out for the Wii U Virtual Console back in November. Having downloaded this title to my Wii, I immediately paid the nominal fee to upgrade to the Wii U version. Since this is a game that can be finished in just half an hour, I thought it'd be a welcome diversion from my multi-video Let's Play series. Here is my complete playthrough of Contra III.

It seems the audio levels I use for Mario games could use some tweaking here, as it's a bit hard to hear me at times. Should I also have cropped it to a 4:3 ratio? It's formatted correctly in the embedded video, but in the YouTube player, it sports vertical letterboxing.

Here are screenshots of the end-of-levels artwork, as well as a promised wallpaper piece: