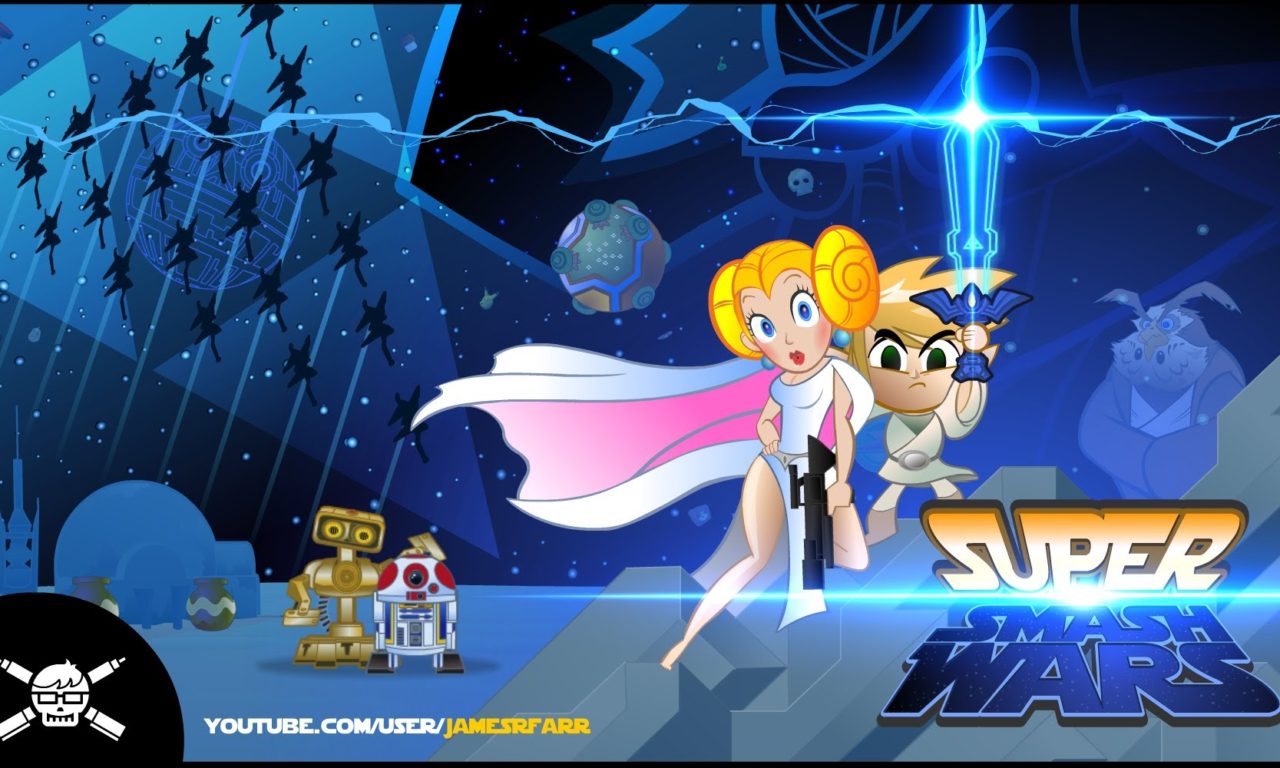 Super Smash Wars: A Link to the Hope

Star Wars meets The Legend of Zelda in James Farr's animated mashup, Super Smash Wars: A Link to the Hope.

A young boy, raised by his uncle, given a ancient sword with which to save a princess…

Is it The Legend of Zelda? Or Star Wars?… How about both?

The number of in-jokes, parodies, and references in this short is astounding. Keep your finger over the pause button, lest you miss something — and keep annotations enabled for more surprises.

Farr is no stranger to animated mashups, having previously created the acclaimed series Trainsformers, which was ultimately removed from YouTube due to copyright infringement. So why shouldn't he plunder the iconic characters of Nintendo and LucasFilm Disney? Second time's the charm, right?

Check out his other Nintendo/movie parodies, including Teenage Mutant Koopa Troopas and Super Mario Busters.