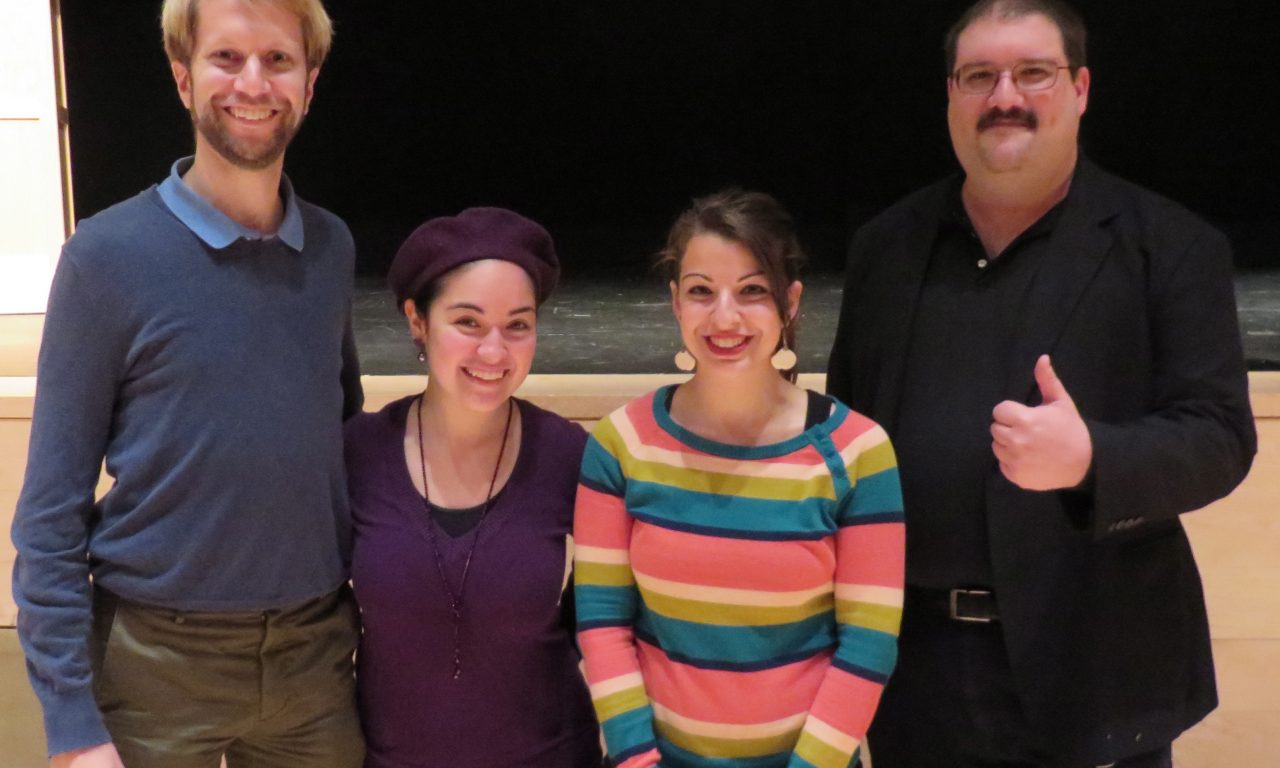 Anita Sarkeesian of Feminist Frequency presented her Tropes vs. Women in Video Games series at Northeastern University in Boston on Nov 5, 2013.

Anita Sarkeesian was launched into the limelight 18 months ago when her Kickstarter project, Tropes vs. Women in Video Games, drew as much vitriol as it did funding. Derided by insecure gamers who saw her critical analysis of feminism in video games as an attack on a traditionally masculine stronghold, Sarkeesian also attracted nearly 7,000 supporters who backed her modest $6,000 goal to the tune of $158,922, or 2,648%.

Despite impersonations, rumor-mongering, DDoS attacks, and threats against her life, Sarkeesian has persevered. Her Feminist Frequency blog has released the first three in her Tropes video series, providing gamers the framework and vocabulary with which to think critically about their favorite medium while still enjoying it.

Sarkeesian doesn't limit herself to video presentations. As a backer of her Kickstarter project, I received this update from her last week:

Over the course of the last year, I've been invited to speak about the representations of women in gaming at colleges, universities and conferences, to provide commentary to mainstream media outlets and have been given the opportunity to speak to game designers about how we can make gaming better. While all of this does take up some of my time, I think that connecting directly with new audiences, people and developers has become an essential aspect of this project.

One of those engagements was last night at Northeastern University in Boston, for which I joined Monica Castillo of the Cinema Fix podcast and Bob Chipman of Escapist Magazine's Escape to the Movies with MovieBob to attend.

Sarkeesian's presentation began with slides exemplifying the harassment she's received and the unbelievable lengths to which her detractors will go to quiet her, soliciting uncomfortable chuckles from the audience. She then played a segment from one of her videos and outlined her ongoing research, which will be demonstrated in her future videos, the next of which is "Ms. Male Character". Such work is necessary in an industry where nearly half of gamers are female, yet only 6% of playable characters are — and even then, often in a sexualized manner, adorned with revealing outfits or subjected to offensive behavior even in-game, be it from other players or the game's own antagonists.

After Sarkeesian's presentation, handwritten questions were accepted from the audience on index cards, allowing the moderators to filter some of the more aggressive or loaded questions — an unfortunate necessity for Sarkeesian, who can't even allow comments on her YouTube channel without exposing herself to assault. After the formal presentation, audience members were welcome to approach her and ask brief questions, pose for a photo — or, for one fan, ask her to autograph his 3DS.

Confessing that "I'm always hungry after my speeches,", Sarkeesian then recruited my troupe for a trip to the nearby Uno Chicago Grill for dinner, where she further reflected on the positive and negative responses to her work. She pointed out that even those critics who vehemently disagree with her are sometimes using her own vocabulary to do so, prompting them to think critically about games in a way they wouldn't've before.

It isn't Sarkeesian that some gamers hate, but the idea she represents: that equal representation and respect for women is necessary in electronic entertainment. I was encouraged by the nearly full and almost entirely supportive auditorium of students and general public that turned out for Sarkeesian's talk, and by her frank, reasoned responses to comments and queries. It is unlikely this sort of work could've been done 5–10 years ago, and it still isn't entirely welcome today. But with Sarkeesian's help, feminism — the social movement to end the opression of women — in the video game industry could be reaching a watershed. As Chipman said, "In a few decades, we'll be able to say, 'We were there.'"

The full playlist of the "Tropes vs. Women in Video Games" series is embedded below.

For a look at the response Sarkeesian's work has received, watch her TEDxWomen 2012 talk.