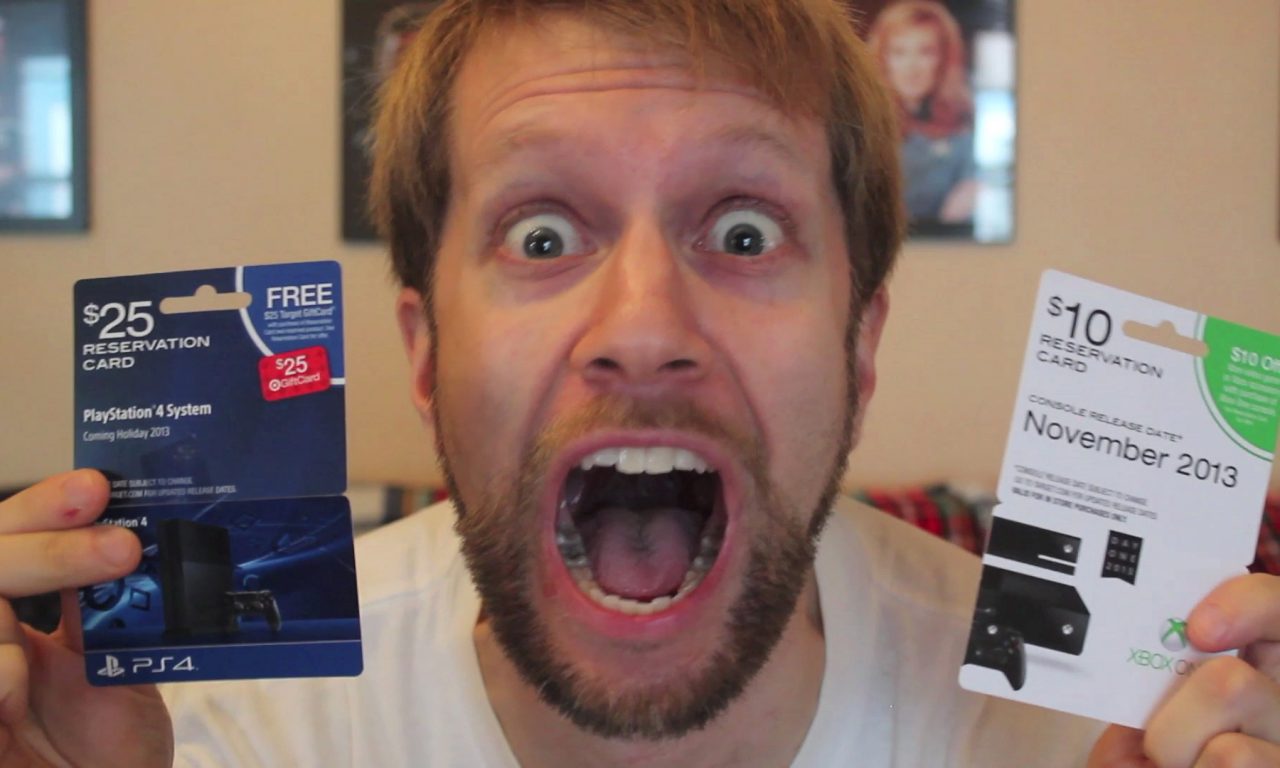 PS4 vs Xbox One: Which console to preorder?

Sony PlayStation 4 vs Microsoft Xbox One — which next-gen video game console should I preorder?

The Sony PlayStation 4 is releasing on Friday, November 15, 2013, with an MSRP of $399. The Microsoft Xbox One will follow a week later on November 22 for $499. Which one should I get? Watch my latest YouTube video to find out!

Yes, it's true: I've preordered each console twice. GameStop had already stopped taking preorders, and though I prefer not to give my business to Wal-Mart, they were the only ones still taking preorders, starting August 24. I got there when they opened and found no line, though one person eventually showed up behind me and said that Target was also taking deposits. I called that store and found their preorders began on August 25. Their location is closer, so I got the consoles there, too.

Still want a PlayStation 4? As far as I know, you're out of luck — but you can get the Xbox One directly from the Microsoft Store. This special "Day One" edition includes "a commemorative controller, Xbox One chat headset, an exclusive achievement, and special-edition packaging". Hmm… maybe I should get a third?

Honestly, neither console excites me, especially when I consider how many of the current generation of games I've left unplayed — I could continue gaming for years without buying any new consoles. But the opportunities to shoot unboxing videos are rare, so I'll be taking a few days off from work this November to keep my YouTube channel updated. Please subscribe to see what's inside the box!

BTW, if you think the still image on that YouTube video is frightening, imagine having it pop up on your television, as happened to my friend Annie Lynsen on her Vizio television's YouTube app:

One thought on “PS4 vs Xbox One: Which console to preorder?”