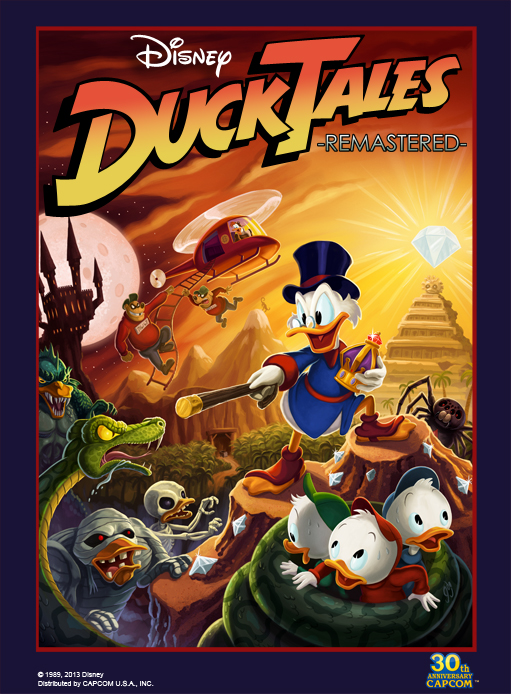 Let's Play DuckTales Remastered is a complete walkthrough of the Wii U version of Capcom's update to the classic 8-bit Nintendo platform game.

This weekend, I completed my third Let's Play video game walkthrough: DuckTales Remastered, Capcom's modern re-imagining of the classic 8-bit Nintendo platformer based on the Disney cartoon. The game was released for Wii U, Xbox 360, PlayStation 3, and PC; I played the Wii U version. Check out my seven-part video series.

Why the unboxing video — thirteen minutes of me downloading the game, with no audio commentary — has more YouTube views than any of the individual levels is absolutely baffling.

After beating the game once, a new option becomes available: you can now enable the original, 8-bit soundtrack. Awesome! I remember the old game fondly, but if want to know what changes have been made for the modern revival, here's a side-by-side comparison: