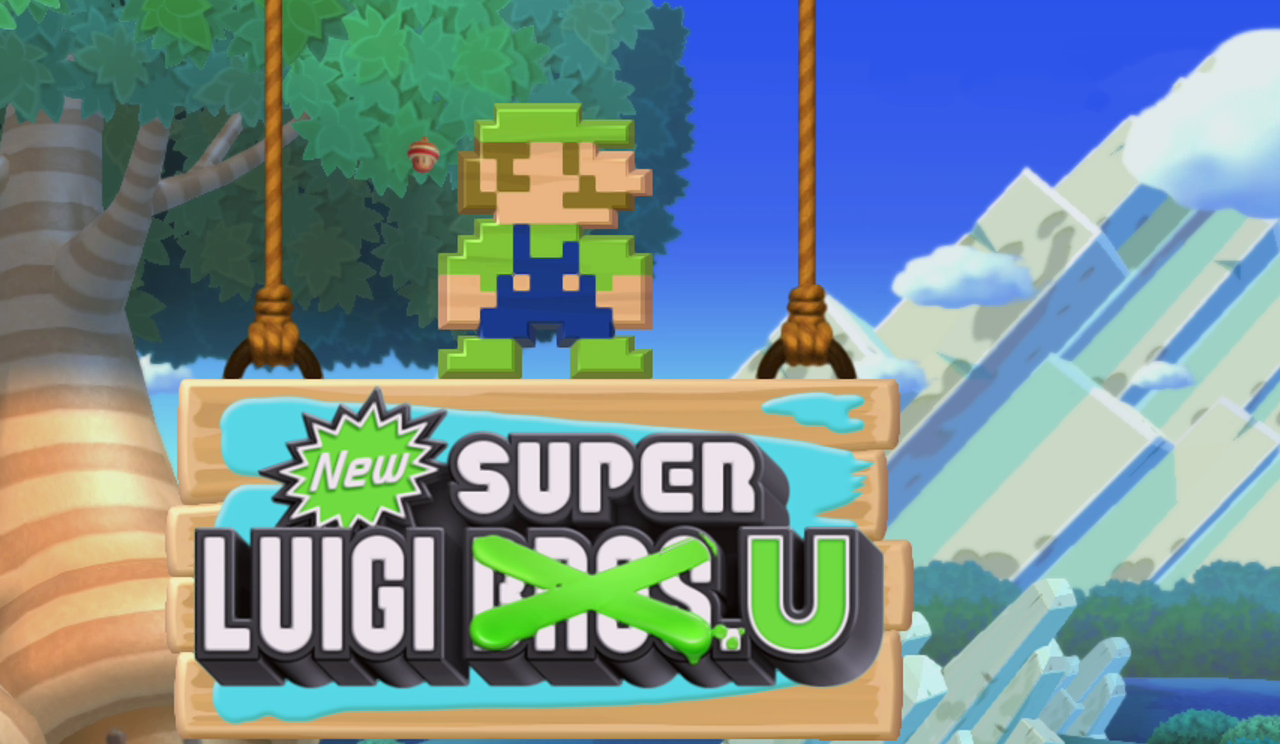 I've finally finished New Super Luigi U! This DLC for New Super Mario Bros. U was released online on June 20 and will be available at retail on August 25.

Since the 82 new levels each start with only 100 seconds on the clock, I was able to fit more, shorter levels into each video. Compared to the 24 videos and eight hours it took to complete New Super Mario Bros. U, the Luigi expansion took only 5 hours and 14 videos. I also found all the Star Coins in four of the eight worlds — perhaps I'll continue the series with Rainbow Road. In the meantime, I'm pleased to present you with Let's Play New Super Luigi U.