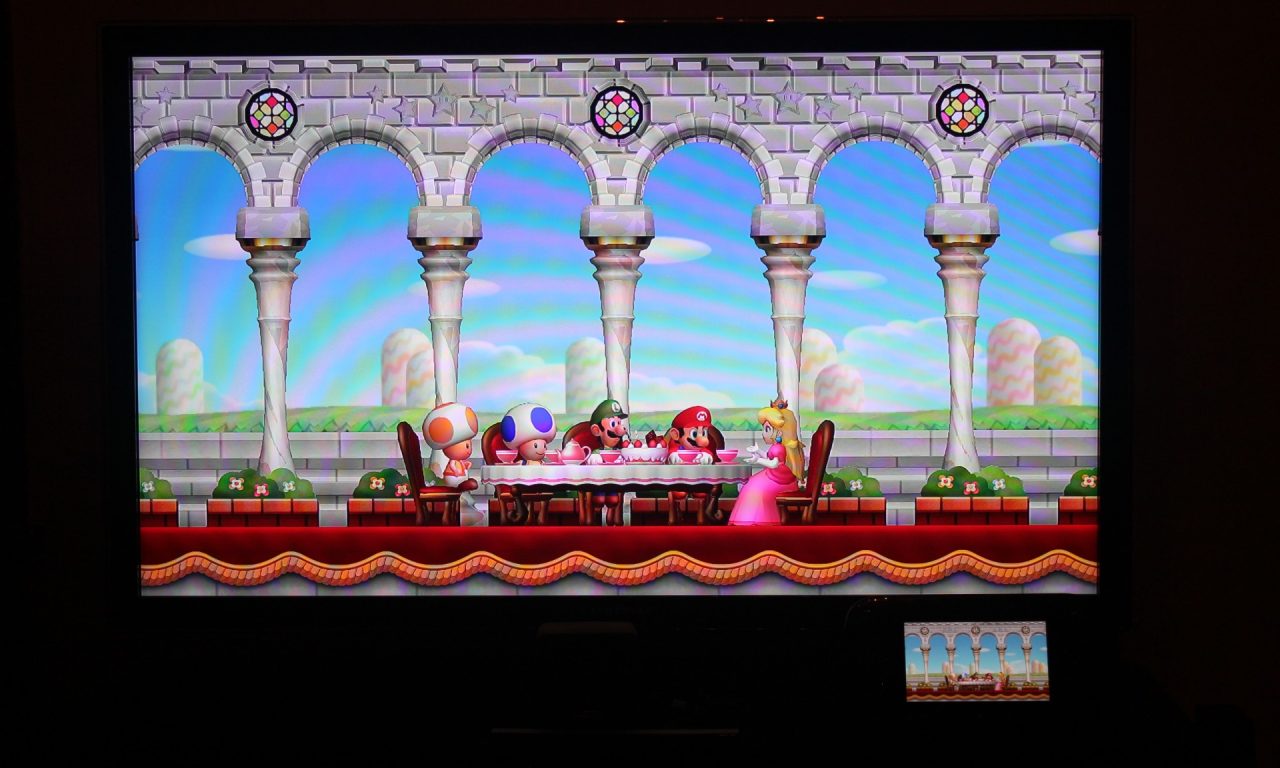 Ken Gagne completes his first Let's Play video series with a playthrough of New Super Mario Bros. U for the Nintendo Wii U.

Earlier this summer, I completed New Super Mario Bros U for the Nintendo Wii U. It was the first time I'd played a game while recording all my gameplay, providing voice-over narration, and uploading it to YouTube, contributing to the genre known as "Let's Play", introduced to me by former Gamebits contributor kahme.

Since I finished this series more than a half-year after the game came out, during which time Nintendo prohibited LPers from profiting off their games, my motivation was experience and enjoyment more than timeliness and profit. Ideally, future videos will combine all four!

Here's all eight hours and 24 videos of NSMBU.

I had some challenges finding a hardware rig with which to produce this playlist. The Elgato Game Capture HD, as recommended by Larry Hryb and Anita Sarkeesian, was my first and only choice for capturing the video; it was what to plug it into that stumped me.

I started off with my workplace's MacBook Pro running Lion, the minimum OS to use the Elgato on the Mac. That worked great, but then I switched jobs and had to use my own MacBook Pro running Snow Leopard. I created a small, internal partition for Mountain Lion, but I found my game captures would lose my audio after only a few minutes. Seemed my older laptop couldn't keep up with the Elgato. After a few emails with their customer service, I learned that disabling the live display on my laptop's screen freed up enough CPU cycles for recording to commence. Unfortunately, I lost about five hours of gameplay due to this issue.

Capturing quality audio continues to be problematic. The Logitech H530 headset came recommended, but I don't know why: the mute status is nearly invisible, it outputs audio to the right channel only, and, most important, my Let's Play viewers immediately complained about the drop in audio quality. Ugh. I tried my MacBook Pro's inbuilt mic, and that was actually decent — but it also picked up my button mashing. So I'm stuck using an old USB headset from Karaoke Revolution. One YouTube user recommended the Turtle Beach brand of headset, but Amazon.com reviews suggest its mic is too sensitive and will pick up a variety of ambient noises. That's no good!

Although I'll continue my quest for a good headset, my current setup is adequate, and I'll continue to use producing LPs as an excuse to play video games!