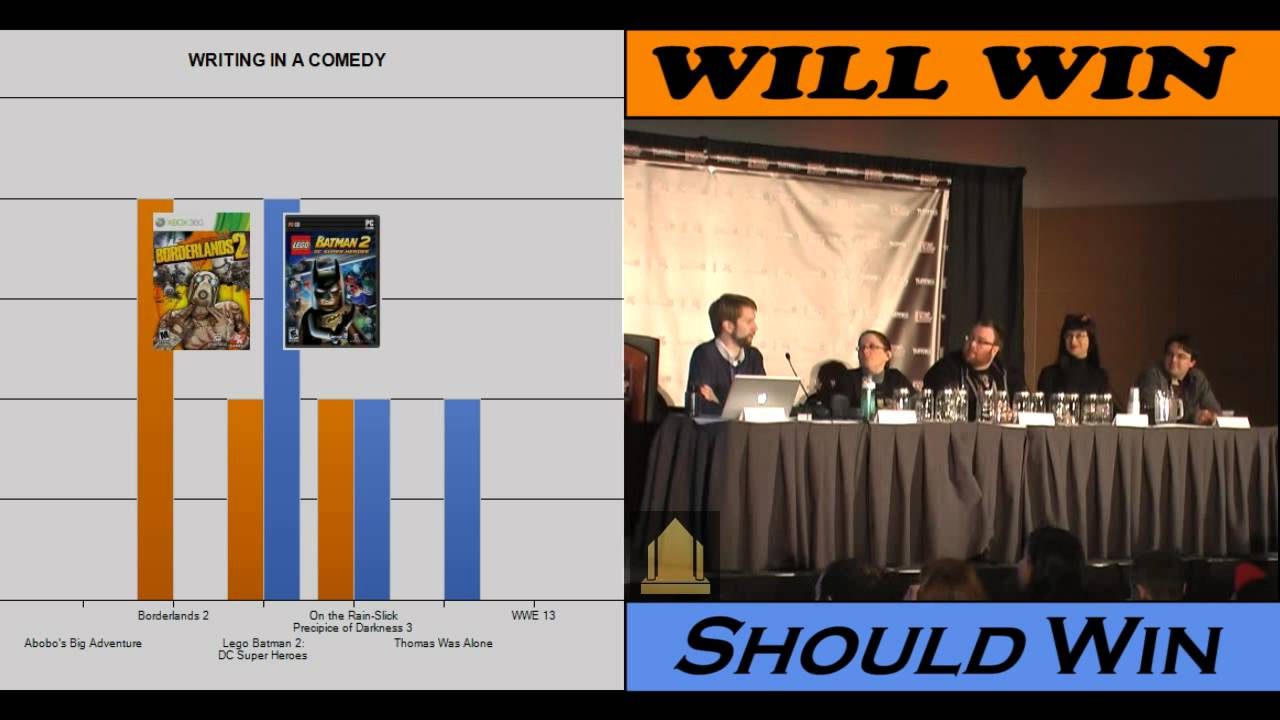 Will Win/Should Win at PAX East

The fourth annual Penny Arcade Expo East, or PAX East, descends upon Boston this month. As a Massachusetts resident, it'll be easy for me to attend, as I always do … but this year, I'll be doing more than attending. The event schedule has been published, and it features — me!

The National Academy of Video Game Trade Reviewers, or NAVGTR, each year recognizes the electronic industry's best video games across dozens of categories, including animation, character design, sound editing, and more. In anticipation of this year's winners being announced the Sunday night of PAX, NAVGTR will build anticipation with a "Will Win/Should Win" panel Sunday at 4:30 PM EDT:

Developers and journalists discuss and handicap the NAVGTR Awards races with last-minute predictions just hours before the winners are announced in each category, in one of the weekend’s final panels.

Moderated by Ken Gagne of PCWorld, guest panelists include Susan Arendt, editor-in-chief of The Escapist; Jesse Cox, co-host of the Gamestation podcast; Charles Battersby of Explosion.com; and Will Brierly of Snowrunner Productions and Soda Drinker Pro, downloaded by 10 million popheads.

My connection to NAVGTR came when I met Paul Marzagalli a year ago this weekend at the opening of the Art of Video Games exhibit at the Smithsonian, which I covered for PCWorld. I followed up that piece with the recent "Operation Rainfall vs. EarthBound" feature, which lent me the credentials to moderate this PAX panel under PCWorld's aegis.

I'm looking forward to making even more connections by sharing the stage with so many industry luminaries — especially the EIC of The Escapist, the eclectic and edgy online publication that brought us Unskippable.

If you're at PAX East on Sunday evening, please swing by the NAVGTR panel and say hello afterward!

UPDATE: This session is now available on YouTube and as an iTunes audio podcast.