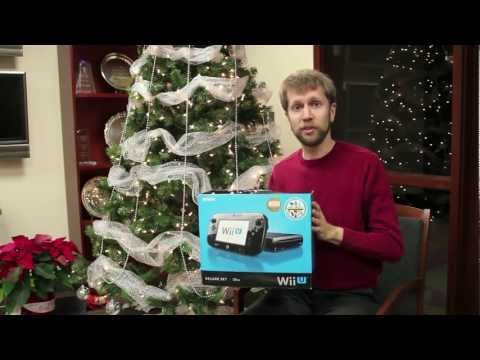 After unboxing my Nintendo Wii U last month, I was left with a Wii U box and a Wii console. The older system was no longer necessary: if I want to play original Wii games, I can use the backward compatibility feature of the Wii U; if I want to play GameCube games, I can hook up my GameCube, which additionally has a Game Boy Player accessory Thus, by having just three consoles — a Wii U, a GameCube, and an Xbox 360 — I'd have access to six different systems' worth of games.

As the original packaging for my six-year-old Wii is currently in storage, I temporarily put the Wii in the Wii U's box. I then realized the potential this combination held for a great Christmas gag gift.