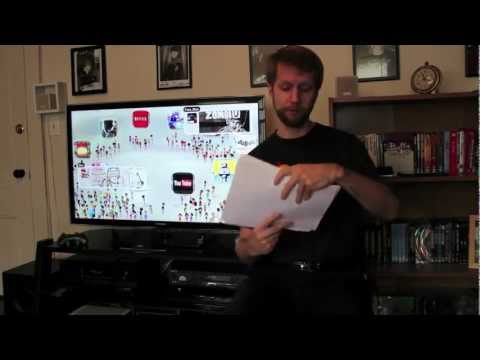 I answer the top 20 frequently asked questions (FAQ) about the Nintendo Wii U video game system, from backward compatibility to storage upgrades and OS patches.

Last week's unboxing of the Nintendo Wii U was longer than most other videos of the genre because I went beyond inspecting the physical components and into the software setup. I eventually did get the day-one 1GB patch installed and have since played Nintendo Land and New Super Mario Bros. U, which also required their own updates. So far, the Wii U is proving a fun party system, much like its predecessor did, but I've not yet found any compelling content for the single player.

Many gamers still haven't gotten their hands on the Wii U and are curious to know more about it. I've taken the top 20 questions from the 1,000 comments posted on my last YouTube video and have answered them in this week's Q&A.

Thanks to everyone who asked about upgrading the hard drive, Internet connectivity, GamePad support, Wii backward compatibility, and more! I hope I've provided the helpful information you were looking for.