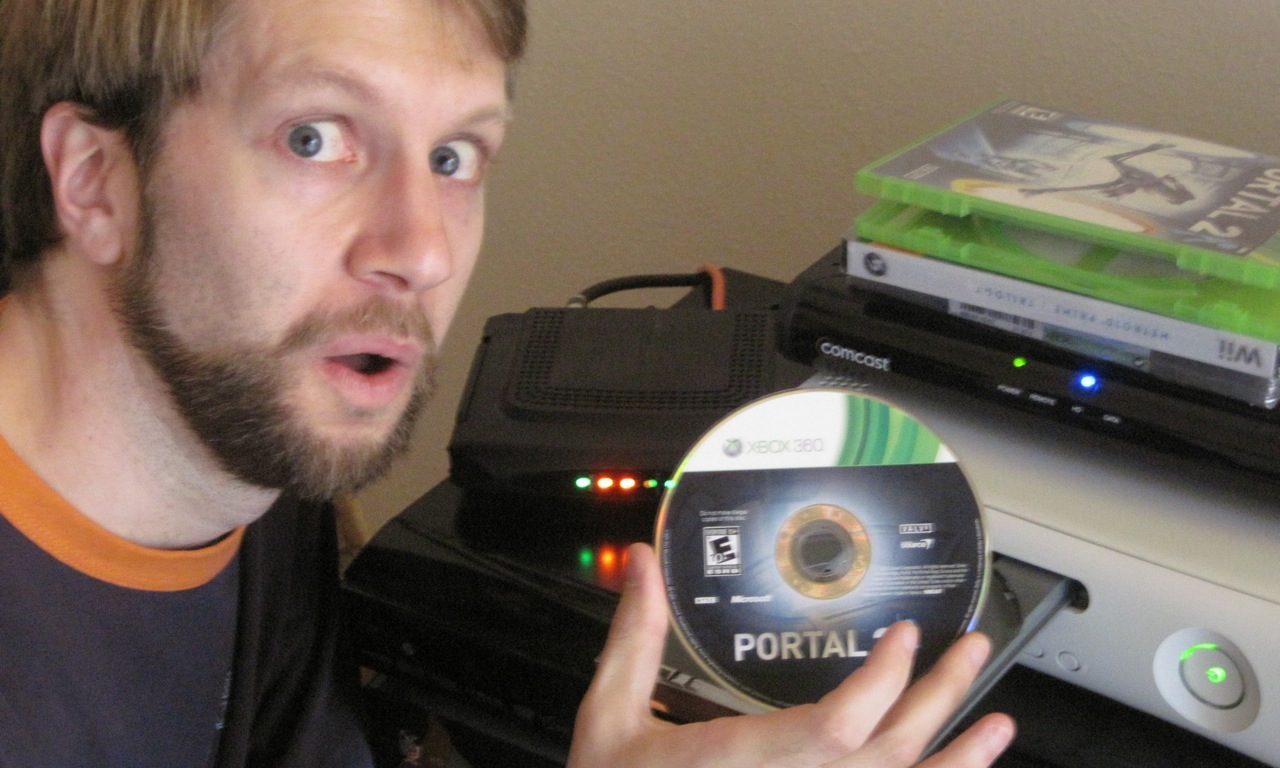 What little gaming I've had time for lately was marked by a significant moment in my console library's history: I popped my Xbox 360's cherry.

Despite the lack of backward compatibility with the original Xbox, I asked for and received my 360 as a gift for Christmas 2008 and immediately proceeded to load it with downloadable goodness. Although I'd predicted purchasing plenty of retail games for the console, I never weaned myself off the ease and affordability of XBLA. I could enjoy a game like Shadow Complex for as long as I would any disc-based game, but for a fraction of the price. Even though I was cutting retailers (such as formerly myself) from the equation, there were just too many reasons, from the day I got my Xbox through 2010 and today, to stay home.

Batman: Arkham Asylum and Portal 2 were the games that got me off the couch. The former has a great demo that reminded me of the stealth aspects of the fantastic Metal Gear Solid series, and the latter is the sequel to one of my favorite 360 games thus far. Accustomed as I was to paying $1–15 for an Xbox 360 game, I waited for the prices on each to fall, paying $20 and $35, respectively.

I've not yet played Batman, but Portal 2 is proving fun … though slightly less so than I hoped. The story is somewhat predictable so far, and many of the puzzles seem oriented toward figuring out what to do instead of how. I'd rather be given an objective to decipher than placed into an empty room with no clear goal. In that respect, more of Portal 2 is like the final stages of its predecessor, when Chell has broken out of the test rooms and is navigating the tunnels of the facility. I didn't like that part, either.

But both games are successfully imbued with liberal amounts of humor. I'm looking forward to the end game sequence and the closing credits song, but in the meantime, even little gestures like the defective turrets' dialogue are uplifting:

What will be the third game I'll buy for the 360? There are none currently on my radar, which perhaps bespeaks of my fall from "hardcore" status. But There's plenty to enjoy in the meantime.