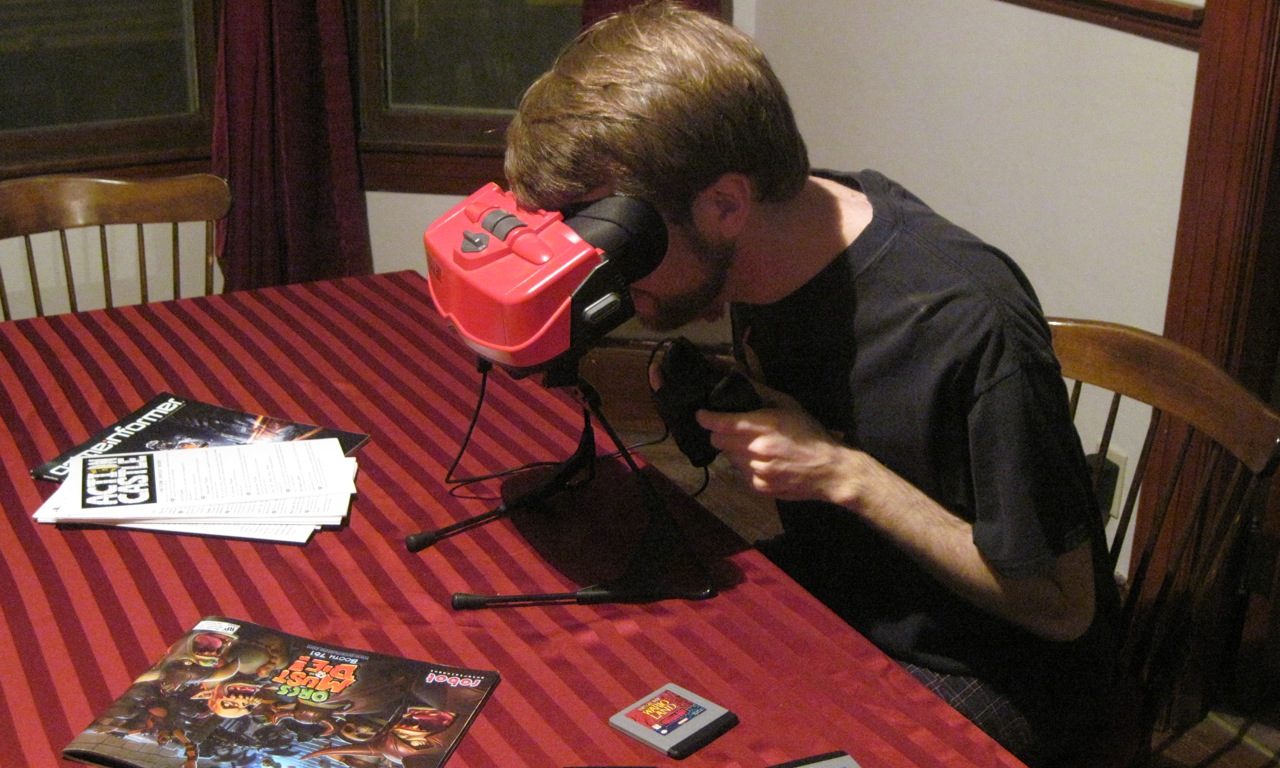 The Virtual Boy, 15 Years After Death

The Nintendo Virtual Boy was a 3D console that died 15 years ago today, less than a year after its 1995 release. It was fun, but will the 3DS follow suit?

At PAX East, the line to try the Nintendo 3DS handheld wrapped around Nintendo's meager booth. With so much else to see at the convention, waiting hours to try a system that would be commercially available in mere weeks seemed a poor investment.

When I got home, rather than pre-order the 3DS in anticipation of its March 27 release, I dusted off Nintendo's previous 3D system. The Virtual Boy, released on August 14, 1995, was Nintendo's only 32-bit system and the supposed successor to the overwhelming success of the Game Boy line. But its lack of portability, weak software library, screenshot-free nature, and antisocial design combined to make it a faster failure than even the Sega Dreamcast: the Virtual Boy was discontinued 15 years ago this month, on March 2, 1996.

But it wasn't until three weeks later, on March 22 — today — that the system's official death knell sounded with the release of its final game, 3D Tetris. It and two other Virtual Boy games, Waterworld and Nester's Funky Bowling, were exclusive to the United States, while eight other games were never ported from Japan. No one country enjoyed all 22 games, but several of those released in the USA were actually quite a bit of fun.

My favorite is Mario Clash, a variation on the original Mario Bros. game that has Mario romping through the sewers, jumping on turtles. Mario Clash's 40 levels challenge players to knock enemies off ledges in multiple dimensions, sometimes requiring throwing shells "into" and "out of" the screen to hit fiends on the Z-axis. It's the first game I played after getting home from PAX, and it lasted me a good hour.

Other interesting applications of the Virtual Boy's 3D technology (which was invented in Massachusetts, not far from PAX East) include Teleroboxer, a boxing game with an intuitive control scheme that uses both D-pads; and Vertical Force, a shmup in which the ship can descend and ascend. Of course, several of the games weren't worth the plastic they were printed on, as the Angry Video Game Nerd can tell you.

The Virtual Boy failed to replace its handheld predecessor, though according to Shigeru Miyamoto, the black-and-red system was misperceived: it was intended as a toy, not a console. In that respect, it's a fun and amusing diversion, well worth the $30 for which rental stores liquidated their rental units, with games at $10 a pop. But as a gaming system, it lives on as an inside joke, the occasional cameo, and a potential portent of the challenges to face Nintendo's next handheld.