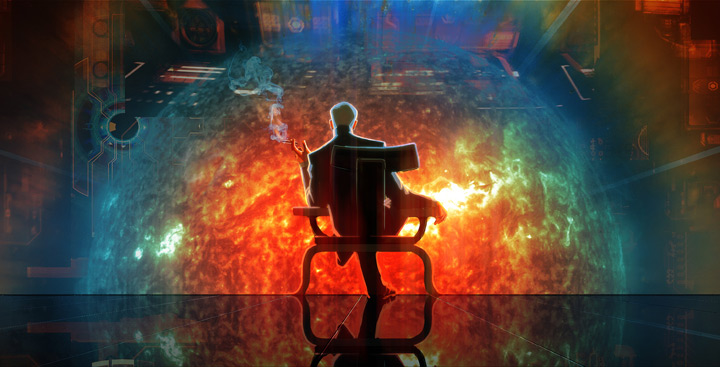 The Art of Video Games at the Smithsonian

The Smithsonian American Art Museum of Washington, DC, will host an exhibit on The Art of Video Games. Gamers can vote for the software to be displayed.

In sharp contrast to Roger Ebert's insistence that video games are not art, the Smithsonian American Art Museum of Washington. D.C., will host an exhibit entitled "The Art of Video Games" — and its curators want your input.

To decide which games are sufficiently artistic, the museum has created an online voting site where gamers of all ages are invited to vote for the software whose visual imagery warrants a place in history. The games are broken down into multiple eras and consoles:

Gamers may vote for one of three games in each of four genre categories per console: action, adventure, target, and combat/strategy. Since there are 80 categories (four genres for each of 20 consoles), the system allots 80 votes to choose your favorite games from 240.

I put off casting my own vote due to the requirement to register for the voting system — an understandable precaution to prevent ballot stuffing. Fortunately, "registration" means only inputting one's email address. Should one wish to return later to finish casting one's votes, a four-digit PIN is provided as a password.

Once registered, I found the experience seamless, though the choices challenging. The exhibit is called "The Art of Video Games". Does that simply mean "the best graphics"? The Super Nintendo's adventure candidates were Chrono Trigger, The Legend of Zelda: A Link to the Past, and EarthBound. Since EarthBound (ie, Mother 2) was originally an 8-bit game, it can't compete with the other two in terms of graphics. But is it equally artistic? I cast an inalterable vote for Chrono Trigger before asking myself that question (though of the three, Zelda 3 is my favorite).

I was heartened to see indie games like Limbo and Minecraft included in the nominees but disappointed to note the absence of entire platforms, such as the Nintendo Game Boy or the Apple II (though one can vote for ports of games from these systems). The museum's FAQ addresses these issues:

Your genres seem odd. Where are the RPG, Fighting, Racing, MMOG, etc. genres?

There are so many different types of games that we knew our show could not feature them all. We looked for four broad categories that would allow us to offer a wide selection.

How could you leave out my favorite games?

It was really difficult to narrow the tens of thousands of game choices down to just 240 titles and we appreciate that there will always be games that people feel should have made the cut but didn’t. The games that are being considered for the exhibition represent certain points in time for each of the 20 systems that also contribute to the overall narrative of the exhibition.

Where are the arcade games, handhelds, and system XYZ? How could you not include these?

We considered the size of the museum’s galleries that will house the exhibition, as well as the time that visitors will need to experience the content. The 20 selected systems represent significant points in time for the eras described. Hopefully this will be the first exhibition of many that explore the medium of video games.

That may all be understandable, but breaking from the traditional generations of consoles nonetheless seems a strange division.

When I was done voting, there was no way to indicate I didn't wish to use my remaining 40 votes, or to output a scoresheet marking off my choices. Rather than share my selections here or compare them with friends, I will have to wait for the winners to be included in the final exhibit:

The exhibition will feature 80 games through still images and video footage. Five games will be available for visitors to play for a few minutes, to gain some feel for the interactivity—Pac-Man, Super Mario Brothers, The Secret of Monkey Island, Myst, and World of Warcraft. In addition, the galleries will include video interviews with developers and artists, large prints of in-game screen shots, and historic game consoles.

Gamers have more than a year before seeing these games on display: the exhibit is scheduled to run March 16 to September 30, 2012

UPDATE: The winners have been announced! The Web site doesn't have much information, but the 12-page PDF offers a more comprehensive breakdown of the winners and genres.

One thought on “The Art of Video Games at the Smithsonian”