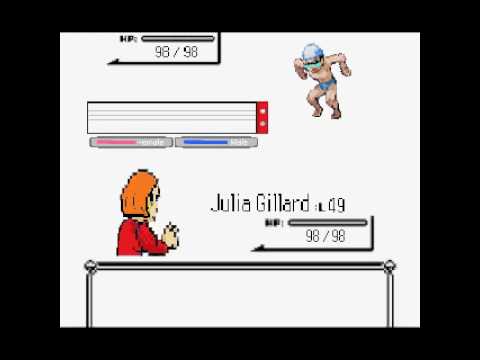 Pokemon and Tetris are an RPG and a puzzle game that teach not just rudimentary gaming skills, but also world politics and history.

Educational software is nothing new — the Apple II's success was practically founded on it, courtesy games such as The Oregon Trail. Even more entertainment-oriented programs have their beneficial side effects: an RPG indirectly teaches math (hit points), resource management (inventory), and reading (plot), for example. But whereas games are good at teaching skills, they're rarely as adept at teaching facts, such as history. Which came first, the dropping of the atomic bomb or the assassination of President Kennedy? Why did the United States wage the Vietnam War? What are the differences between Iran and Iraq?

A couple of parodies have recently surfaced that repurpose popular game franchises to teach the history of international politics. Although the Pokémon battle system has been spoofed many times before, this is the first I've seen it used not to mock a particular figure or event but to depict the history of a country's government — in this case, Australia's:

As an American, I understood the format but not the content of these battles. So I forwarded it to three Australian friends, one of whom informed me that "It's a potted history/parody of Australian politicians and political events since about the 1960s." Another posted it to his Facebook wall with the note, "I learnt something about our political history from this. The perfect presentation format for Gen Y."

The second video is a musical piece set to the soundtrack of Tetris and detailing the 20th century history of Russia. I've found it to be quite the earworm, to the point where I can even sing along with some of the lyrics. The first Tetris-inspired stanza of "The Complete History of the Soviet Union" makes it sound like another video game parody, but keep listening and it quickly transitions to a more historical focus.

If you find the video's maniacal protagonist distracting, you can ignore the video and buy the audio single off Apple Podcasts.

Tetris is renowned for its geometry and psychology; it's neat to see it being used in the humanities as well. But this history lesson isn't the first time Tetris has been used as the inspiration for a dramatic film. Tetris: The Movie anyone?