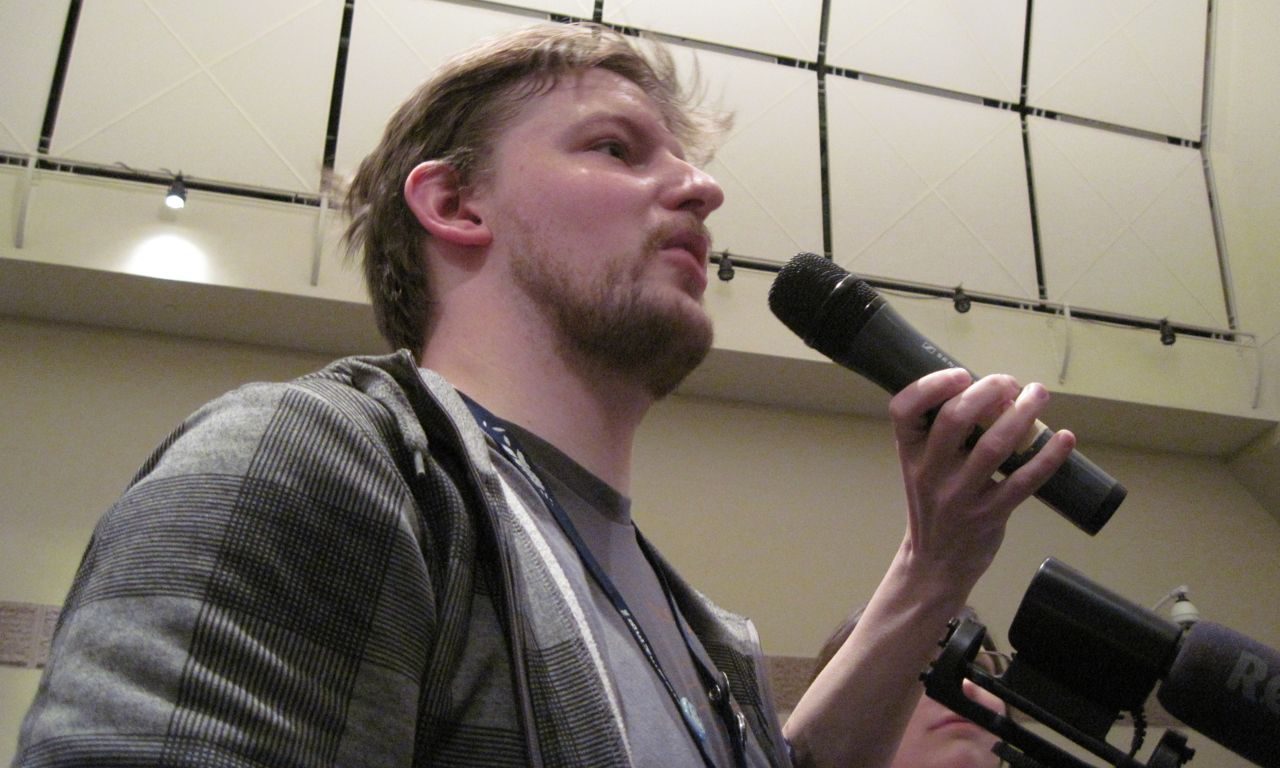 Sketch comedy troupe LoadingReadyRun.com was at PAX East and entertained the crowd not just with previews of their upcoming videos, but also by filming one during their panel. Way to hire unpaid extras, guys!

Seriously, everyone at the show was awesome. They specified at the beginning of the Q&A session that questions were not to be answered by all seven panelists; as a result, each question was addressed in under 2.5 minutes, allowing everyone to get a chance to speak with the comics. I worried that my question about whether or not they've ever considered doing a RiffTrax would require a description of the medium, but naturally the team responsible for Unskippable is familiar with the latest iteration of Mystery Science Theater 3000, so far as Paul Saunders encouraging us to "keep passing the tapes!" I ended up sitting one seat removed from Paul during Sunday's Penny Arcade panel; he's lucky I wasn't better situated to inundate him with further questions.

If I was a bit starstruck, it's because LLR's members are gamers, comedians, and philanthropists. Graham Stark and Kathleen DeVere also offered advice the previous day on organizing a Child's Play fundraiser akin to their own Desert Bus for Hope. For them to lend their celebrity to such a noble cause speaks well of our entire demographic.

Their latest Unskippable, which usually reviews the latest gaming cinematics, is a great April Fool's take on Final Fantasy XIII:

Fans of this classic RPG should check out a podcast interview with that crazy Japanese guy, Ted Woolsey. (A transcript of the interview is also available.)