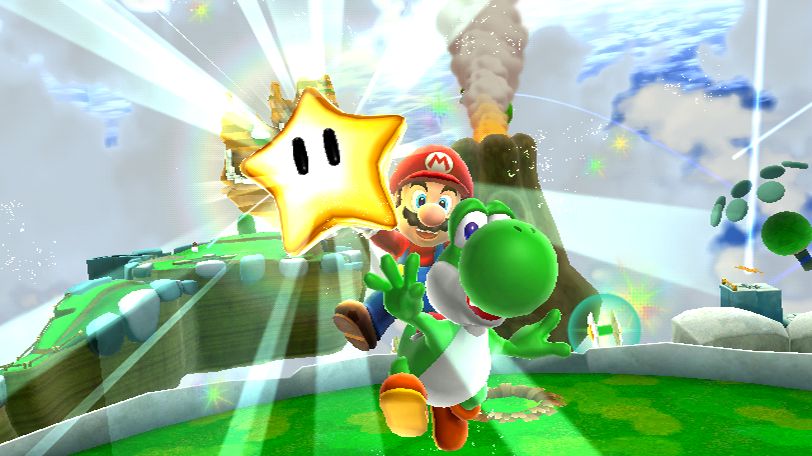 The Nintendo Media Summit announced that Super Mario Galaxy 2 and Metroid: Other M are coming sooner than we expected. Dates and trailers inside.

At this week's media summit, Nintendo unveiled many screenshots, trailers, and — most important — release dates for upcoming games. The two titles that overshadow all others on their schedule are Super Mario Galaxy 2 and Metroid: Other M, coming May 23 and June 27, respectively. As thrilled as I am with these dates (my copies were reserved shortly after the announcement), I also find them surprising for several reasons.

First, Nintendo tends to hold back its most recognizable franchises until later in the year, when they are more likely to capitalize on holiday sales: Metroid Prime 3 was released on August 27, 2007, with Super Mario Galaxy a few months later, on November 12. With their sequels, Nintendo seems to want to instead give their audience a summer of fun. These two titles being released almost within a month of each other leaves Nintendo with what this Christmas? A new Zelda game, perhaps?

Second, New Super Mario Bros. Wii was released just this past November and sold gangbusters. Although technically a different series from Super Mario Galaxy, it's still unlike Nintendo to release games starring the same character in rapid succession. Is it too much too soon, or are they capturing the NSMBW market before the frenzy dies off?

Finally, both releases are on Sundays, which cruelly relegates the rest of the weekend to "the days when there's nothing to do but wait for Nintendo's new game, which I'll be able to play for only a day before going back to work/school on Monday." So a Sunday release didn't diminish sales of the Wii, but I'd dedicated that day to Nintendo months in advance, whereas the new Mario and Metroid games conflict with my girlfriend's and mother's birthdays. What's a guy to do?

Regardless, I'm excited that these games are coming out sooner rather than later. Super Mario Galaxy was fun, if overrated, and Metroid: Other M looks to be a welcome innovation from the Metroid Prime series (itself a successful deviation from the franchise's roots). Having never played a modern Ninja Gaiden game, though, I dread that Team Ninja's take on Samus Aran may strain my battle skills. We'll know soon enough! In the meantime, here are some trailers.

One thought on “New Mario & Metroid Games This Spring”