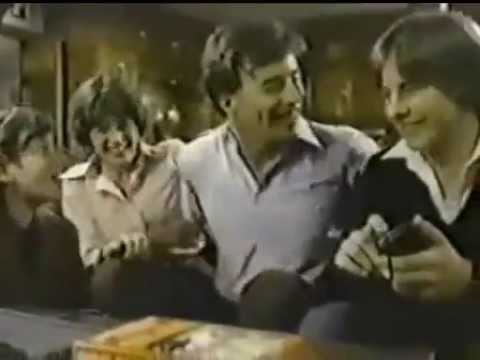 The Worst of the Super Bowl's Gaming Commercials

Geeks and jocks alike will turn out for tonight's Super Bowl, be it for football or for video game commercials. Here are some of the worst of the latter.

The Super Bowl is about to begin, which once upon a time would not have shown as so much of a blip on gamers' radars. But as webcomic Penny Arcade once observed, the jocks who used to stuff geeks into lockers now have their own testosterone-ridden electronic entertainment, from which they'll be diverting to attend this evening's 11 minutes of actual gameplay.

I don't know if this evening's lineup has any gaming-related content to attract true geeks, but there is historical precedent. Computerworld is running a gallery of favorite IT commercials from Super Bowls past. Ten of them are particularly good, but the gallery also includes two terrible ones. The one above from 1982 is courtesy Atari.

As far back as thirty years ago, games were seen as an immature pastime, so I can understand Atari's desire to broaden their customer base to adults — but was lowering the maturity of adults really a better choice than raising the appeal of the games?

Of course, Atari wasn't the only company with infamously cringe-worthy commercials. Though it didn't air during the Super Bowl, the advertisement for the debut of Nintendo's The Legend of Zelda franchise doubtless has historians scratching their heads:

What are some of your most memorable video game commercials, whether or not they be from Super Bowls past or present?