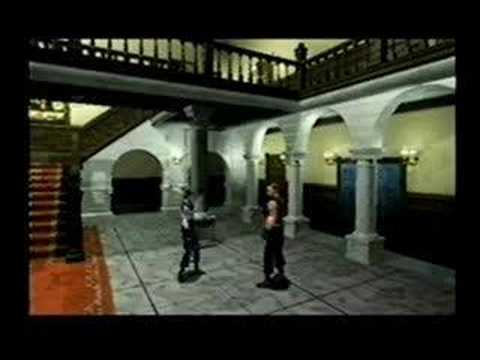 Dialogue, monologue, and one-liners compose this video compilation of the 50 worst moments of video game dialogue.

Voice acting in video games has come a long way since the CD-ROM format first gave voice to our digital avatars. When a budget was set aside for such talent, it was usually B-grade actors; more often, the acting was provided by anyone in the office and their kids.

David Hayter set a new standard in Metal Gear Solid, a game said to have more spoken lines of dialogue than the entire Star Wars trilogy combined. Now we're fortunate to have recognizable celebrities like Patrick Stewart lending their talent to storied franchises such as Castlevania.

Perhaps now that we've evolved beyond those awkward adolescent years, we can look back at particularly painful moments in video gaming's audio evolution — some of which haunt us to this day.

One obvious candidate was overlooked — a glaring enough one to dedicate your life's work to. A friend of mine works in Japan, presumably as a translator for electronic entertainment, as on Facebook, he describes his professional responsibility as "Trying to ensure 'What is a man?' never happens again." I salute you, sir:

Not even Patrick Stewart could've made that Castlevania clip any less excruciating.