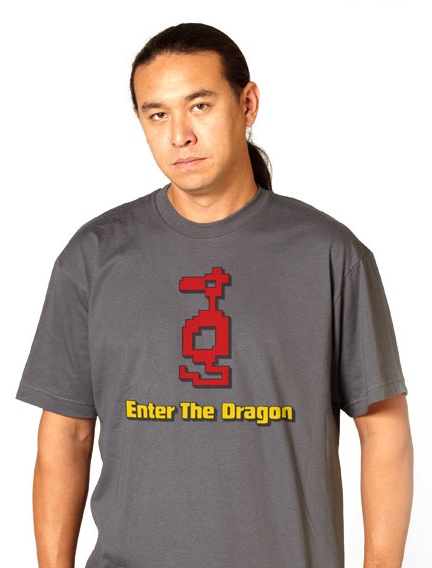 For too long, Adventure for the Atari 2600 and its dragons have been without their own shirt. Despair no longer!

"Adventure" is the name of two landmark games. The first is the classic text adventure, also known as Colossal Cave. The second, and perhaps better known to console gamers, is the Atari 2600 game that featured colorful castles, malformed dragons, and invisible dots.

There are plenty of shirts that celebrate the era that produced these games — BustedTees.com and 80sTees.com have practically made it their stock in trade. So it was a pleasant surprise to discover what could be the best Eighties t-shirt ever made coming from Despair.com:

A remake of Adventure was published earlier this year. Followed by this shirt a few months later, it seems that this game in particular is enjoying the renaissance brought about by the retrogaming craze.