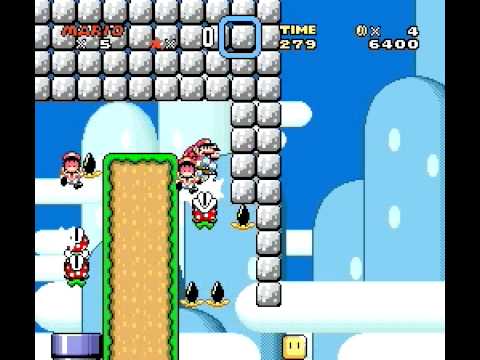 A contest to create an artificial intelligence to play Super Mario Bros. is fun for real gamers, too, thanks to randomly generated levels.

Via Slashdot comes news of a programming competition to create an AI that can navigate the world of Super Mario Bros. It's a topic of interest not just to developers and theorists but to gamers as well, as the proving ground for the results is a Super Mario Bros. random level generator. Infinite Mario Bros. is based on the Super Mario World game engine but creates new maps and levels with every game and is playable right from your Web browser.

Random levels can be a boon or bane: without the conscious choices of a designer, such levels can lack any inspiration and challenge whatsoever, as I found in the PlayStation 2 RPG Dark Cloud. But as any fan of Roguelikes can tell you, when challenge and fun is inherent in the game design and moveset, random levels can mean infinite replayability.

So get hopping! Even if your intelligence is natural and not artificial, Infinite Mario Bros. is still a lot of fun. And if you're interested in other scientific applications of Super Mario World, check out Kaizo Mario World for a study of quantum physics.