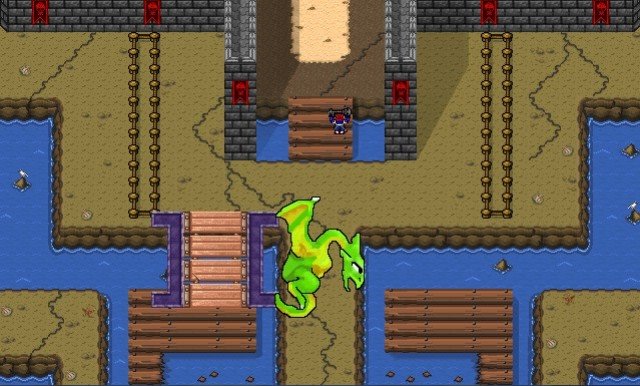 Adventure 2600 releases today for Windows, offering an overhaul to the graphics and sound of the Atari 2600 classic game.

As recently noted, Adventure is famous for having the first well-known Easter egg. But this classic game was groundbreaking for more than its hidden features. The gameplay itself established the precedent for the likes of The Legend of Zelda and Final Fantasy. It's also a fun game in its own right — especially for a program written in only four kilobytes of code and with only 128 bytes of memory available for it to use. (For comparison, a standard DVD holds about 4,928,307 kilobytes, and a computer with 2 GB of RAM has 2,147,483,648 bytes.)

Like many genre-defining titles, Adventure has lived well beyond its years, thanks to the dedication of fans. An unmodified port of the original was recently released for the iPhone (Apple Podcasts). When the Onion was playfully suggested that a sequel was in the works, it wasn't far from the truth. Adventure was published in 1979 was for the Atari 2600; 28 years later a homebrew sequel was released for the Atari 5200 console to generally positive reviews. A version of it was even included in the Atari Flashback 2 console.

However, these ports and sequels have either not advanced the game or have not been widely available. As of today, a new take on Adventure overcomes both these hurdles. First announced five months ago in the Penny Arcade forums, a remake of the original game is now available for download. Created from the ground up to feature 16-bit graphics, voice acting, time trials, and more. What's not being discussed is whether the game features any Easter eggs!

I've often reminisced about exploring the catacombs of the white castle, laying the purple bridge, or getting caught in the belly of a dragon (or duck) while the bat spirited us off to parts unknown. With the release of this free Windows remake, a new generation of gamers can share in this foundational experience. (If you want to try the unadulterated original on your PC, see the links in my previous post.)