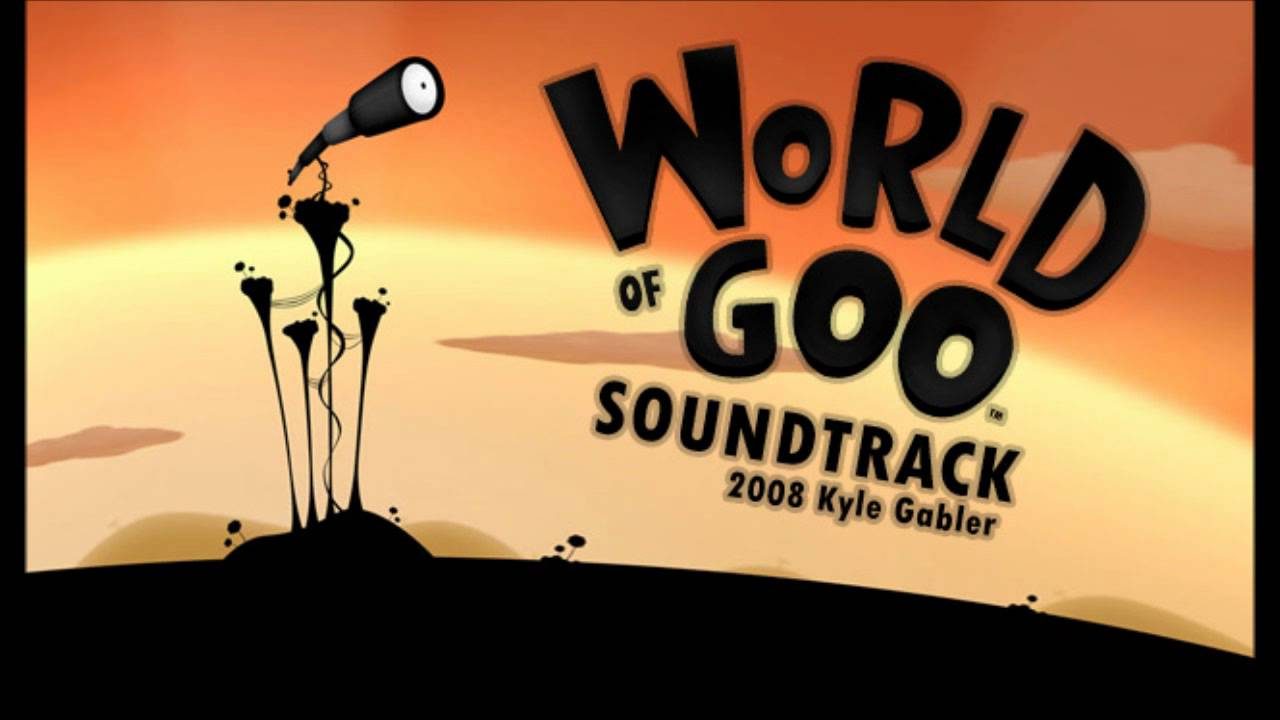 The soundtrack for World of Goo (Nintendo Wii WiiWare, PC, and Mac) is now available as a free download, courtesy publisher 2D Boy.

the soundtrack to World of Goo is now available as a free download. All 27 tracks are included in the 85 megabyte ZIP archive. Album artwork and AAC conversion are optional.

World of Goo is a WiiWare, Mac, and PC game that is one of the best investments I've made for the Wii. It's a puzzle game that uses a point-and-click interface (hence the lack of Xbox and PS3 ports) to build goo-based structures that reach toward a goal. It has a bizarre, Tim Burton-esque sense of humor and a colorful, consistent design. World of Goo is one of the first games I use to introduce virgin Wii players, as I trust it to leave a good impression. The sound effects always garner a chuckle, but the soundtrack itself is also memorable; as composer Kyle Gabler writes, "Influences include Danny Elfman, Vangelis, Bernard Herrmann, Hans Zimmer, Ennio Morricone, and all the big movie guys." So go grab it!