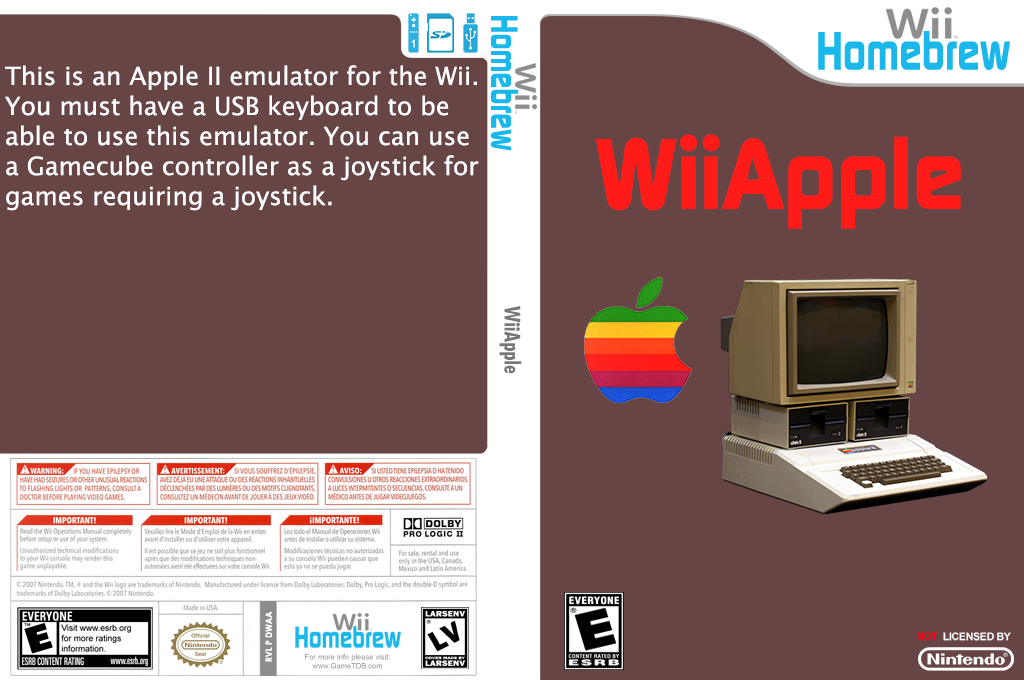 AppleWii runs from the Homebrew Channel on the Nintendo Wii to emulate an Apple IIe computer. Here's why this is a fantastic and legitimate use of the console.

Several months ago, I installed the Homebrew Channel (HBC) on my Nintendo Wii. I thought it would be difficult, and following the directions on the official site confirmed that suspicion, but a walk-thru on Nintendo Wii Fanboy provided me the missing step, laying the Wii architecture bare to my mischievousness.

I have never been a pirate and have no interest in stepping off that path, yet there are still reasons I'd want to hack my Wii. I've always been interested in unlocking the full potential of my consoles, whether it means installing a mod chip in my original PlayStation (to play all the imports I never imported) or letting my Wii's DVD drive fulfill its nature by playing DVD movies, regardless of region. A side effect of having the HBC on my Wii is access to a variety of free homebrew applications, though I've not yet found among them any killer apps.

Until now. Last night, I was alerted to the existence of the WiiApple project, which strives to emulate an Apple II computer on the Wii. Running 30-year-old software on a modern video game system may not appeal to the masses, but it strikes a chord with me. My passion for this classic computer knows no bounds: I'm editor-in-chief of Juiced.GS, the last remaining print publication dedicated to the Apple II; I'm marketing director for KansasFest, the annual Apple II conference in Missouri; and I blog regularly about the Apple II for both Computerworld and A2Central.com. To see the Apple II propagating into countless vessels via emulation warms my heart.

The joy derived from such an accomplishment is more than just conceptual. For example, thanks to ScummVM, I've gotten my Wii to run my (legitimate) Macintosh copy of Day of the Tentacle, better known as the sequel to Maniac Mansion, one of my favorite NES games. The Wii has a great interface for these old point-and-click adventures, and since I've never been much of a computer gamer, this emulation lets me enjoy them from the familiar comfort of my sofa, and not in my office hunched over a laptop.

For all this, I've not yet tried AppleWin myself — I suspect the lack of a USB keyboard to connect to my Wii could be a barrier. But I'll be watching the program's development with interest and looking forward to the day when I can play my favorite 8-bit games with a Wiimote!