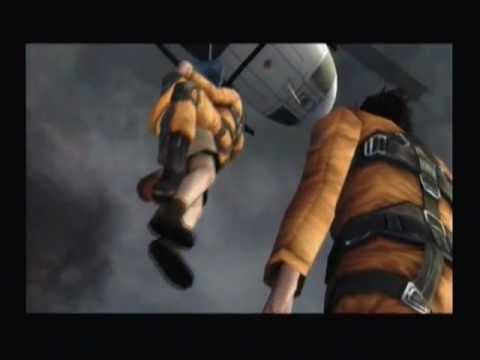 Day of Crisis, a sequel to the PS2 game Disaster Report, comes to the Wii in 2009. Will its realism dissuade gamers accustomed to more fantastic fare?

A reader of my weekly newspaper column once praised me for giving due coverage to non-mainstream games, though I never considered it a great difficulty to do so. The world doesn't need another review of Grand Theft Auto, not when games like Everblue 2 and Disaster Report may otherwise go unnoticed. Coincidentally, both those games have real-world settings with no hint of magic or mysticism. Instead, players take control of everyday heroes with the fantastic powers of scuba-diving or photography. I don't know why this form of escapism isn't more popular, but I'm glad to see these two games getting sequels.

Everblue 2 was one of my favorite PS2 games. Its score of 8.3 suggests it doesn't have the jaw-dropping impact of a more mainstream title, but it did have the staying power that kept me playing through to the end — a rare quality these days. Unfortunately, its 2008 sequel for the Wii, Endless Ocean, stripped the franchise of its stickier qualities, leaving me disenchanted.

Conversely, Disaster Report had unrealized potential which its sequel may fulfill. The first game suffered from pacing, control, and graphical issues, barring many gamers from the variety of challenging situations the game offered. Its sequel, Disaster: Day of Crisis, may suffer from corny dialogue, but the various trailers I've seen suggest ready access to a breadth and depth of activities. As a prologue to that, here's the game's first few minutes.

Is it a coincidence that both Everblue 2 and Disaster Report, originally PlayStation 2 games, are getting their sequels on the Wii? Is there something about Nintendo's platform that's inherently friendlier to niche or offbeat titles? Regardless, I'm hoping when it finally releases sometime in 2009 that this new Disaster is not the same disaster the old Disaster was.