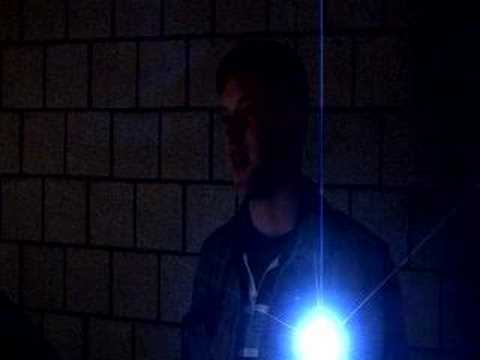 I love the Silent Hill series. Something about how it takes the familiar and makes it perverse is fascinating. I've long believed that video games are a more effective medium than movies in which to portray horror, due to their interactivity: you're not just a passively witness to a murder but an active participant in your own fate.

I still like horror movies but found The Mist a superior adaptation to Silent Hill. So when I found out my friend Lisa was participating in a live action version of the game Silent Hill 2, I was eager to see a more successful translation of the game to film.

The final product proved to be a short film reenacting a particular sequence near the game's end — in particular, one of my favorite scenes:

In just ten minutes, the movie captures many of the elements of the game: the darkness, the despair, the creepy motions of the undead. Even the map that James consults looks authentic, though I'm not sure if it was intended as a parody of the game mechanic. Though the lighting (or lack thereof) is also true to the source material, it's often too dark for us viewers to see anything. And we need to see as much as we can: since the scene is set in the middle of the game, those not familiar with the storyline may be at a loss to understand the film's plot. There are also some jarring transitions (both aurally and visually), which I suppose is inevitable when working within such a tight time constraint. Nonetheless, this is likely the best Silent Hill fanfilm I've ever seen and is certainly more ambitious and coherent than this group's last outing.