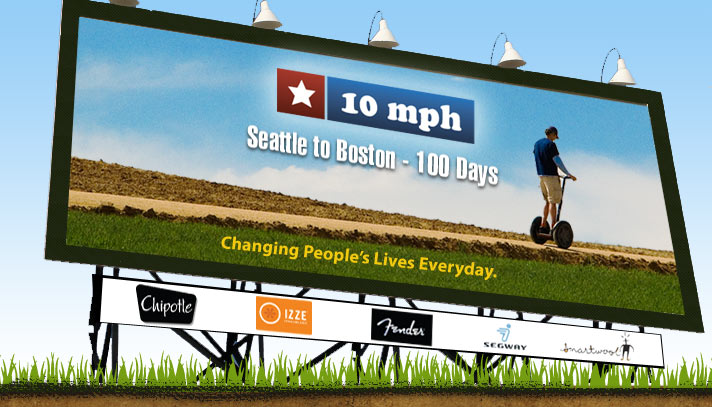 Over on my film blog, Showbits.net, is my review of 10 MPH, a documentary of four people who drove from Seattle to Boston — on a Segway.

I mention it here due to its tangential connection to gaming: one of the four sojourners, Alon Waisman, is host of the ChatterBox video game podcast. Alon and I graduated from high school the same year, not too far from each other; he even installed the mod chip in my PSX on one of his off-days from Electronics Boutique. I bumped into him at E3 a few times after that and now listen to his radio show every week; with this film, it was nice to not just hear, but see, him again. He's a funny guy. Check it out.